Not every student knows what they want to do right out of high school. 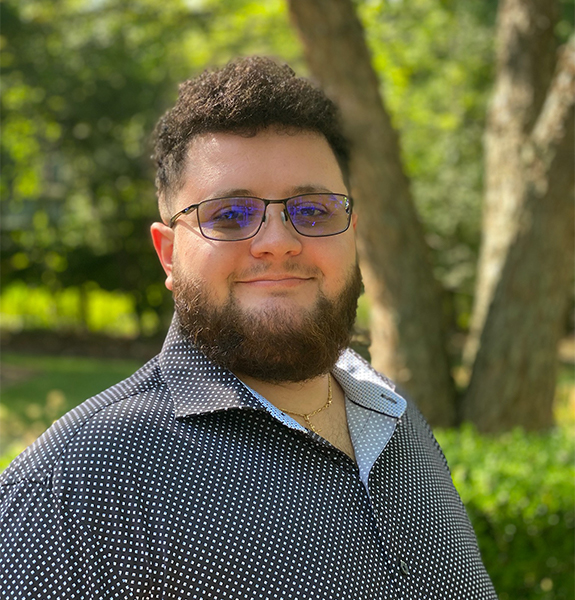 The extra time he took, starting at community college before transferring to The University of Toledo, paid off for him. It allowed him to explore careers and settle on his path to a degree in business.

Next spring, Baiocco will graduate from UToledo with a bachelor’s degree in professional sales. He is the top intern at the Toledo office and one of the top producing interns in the country for Northwestern Mutual, a financial advising and insurance company.

“Gio is humble, present in the moment, a leader and persevering,” said Northwestern Mutual’s Chelsea Benton, director of recruitment and community outreach. “He is the role model intern at our firm, and I’m very proud to have him on the team.”

After high school, Baiocco enrolled at Henry Ford Community College in Dearborn, Mich., near his home in Grosse Ille.

“I decided to take my general education classes, save some money and transfer to a four-year college,” Baiocco said.

Two years later, in 2019, Baiocco started researching where he wanted to pursue his bachelor’s degree. He considered Wayne State University, along with UToledo.

UToledo’s John B. and Lillian E. Neff College of Business and Innovation rose to the top of Baiocco’s list when he found out it ranked higher than WSU’s business school. He began the application process.

“I talked to a transfer specialist who was super helpful,” he said.

While most of Baiocco’s credits transferred, he still had to complete about a year’s worth of general education requirements. Rather than being admitted directly to the business college, he was admitted to the Exploratory Studies program in University College.

“I will be here for three years instead of two, but I’m glad I did it,” he said. “I probably wouldn’t have found the sales program otherwise.”

His time in the Exploratory Studies program allowed him to look into a variety of career options. His dad and brothers nudged him into sales.

“ ‘You love to talk to people all the time. You’d probably be good at sales,’ ” they told him.

After completing his general education requirements, Baiocco was admitted to the business college. At a networking event for one of his classes, he met a recruiter for Northwestern Mutual. They exchanged business cards and went their separate ways.

A year later, the recruiter ― Benton ― was back for a panel discussion in Baiocco’s career development class.

“At the end, I said, ‘Thank you for your time. If anyone has any internships, I’d love to hear more,’ ” Baiocco said.

He then reached out to Benton via LinkedIn.

That polite professionalism caught Benton’s attention, and she reached out to him regarding an internship.

“What impressed me about Gio was his drive and humility in conversation,” Benton said. “He did a phenomenal job during the interview.”

Baiocco credits UToledo and what he learned in his business classes with his success in landing the internship and in his success at his firm.

“My business classes integrate real-world experiences and gave me the skills to get my internship,” Baiocco said. “I have no doubt the skills I learned at UToledo contributed to my internship success. Role-playing in class helped, and so did the experiences talking with real recruiters who told us what they were looking for.”