A researcher at The University of Toledo is using a unique semiconductor material to both shrink technology and cut energy use to help the U.S. Navy become more fuel and energy efficient.

The Office of Naval Research (ONR) awarded Dr. Raghav Khanna, associate professor in the Department of Electrical Engineering and Computer Science, a three-year, $510,000 grant to design circuits that are smaller in size and more efficient for electric Navy ships and aerospace systems.

ONR, a funding agency within the U.S. Department of Defense, has awarded this grant to Khanna to encourage collaboration with the U.S. Navy’s corporate research laboratory, the U.S. Naval Research Laboratory (NRL). 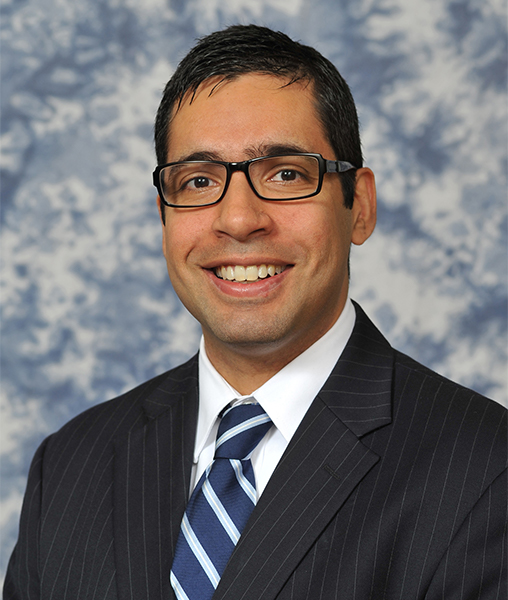 “We are proud to collaborate with the NRL on a project critical to both sustainability and national security,” Khanna said. “Fuel economy and power efficiency translate to operational flexibility for our military.”

Silicon is the most common component in power devices, but Khanna’s team will design circuits using instead gallium nitride to be applied to what’s called direct-current (DC) microgrids for electric Navy ships. The goal is to help make up to 20 kilovolt gallium nitride (GaN) power electronic devices to facilitate power distribution.

Khanna said next-generation microgrids, self-contained power distribution grids that can be on land running off solar and wind or on an electric navy ship at sea, will benefit from DC electricity.

Conventional power distribution grids run off alternating-current (AC), however, with the advent of newer circuit materials such as gallium nitride, research suggests that DC microgrids may be the power architecture of the future.

Gallium nitride technologies have been shown to deliver a higher performance compared to their silicon-based counterparts, particularly in DC microgrids, while reducing the energy and physical space needed to achieve that performance.

“Gallium nitride can operate at much higher voltages, frequencies and temperatures,” Khanna said.

To be able to realize the high-voltage potential of future DC microgrid architectures, high-voltage power electronic devices are needed, such as the devices Khanna is modeling.

Khanna is modeling what the materials would look like and simulating how they would work, and the Naval Research Laboratory will take the UToledo models and fabricate the devices.

“Dr. Khanna and his group have been able to develop experimentally validated simulation models of these important high voltage GaN devices,” said Dr. Andrew Koehler, electronics engineer at the Naval Research Laboratory. “Their models allow them to closely examine the physics that govern the device’s operation, allowing innovation of new approaches to improve performance, manufacturability and reliability, which we can implement into our design and fabrication process.”

The technology is being designed to be used aboard Navy ships for power generation systems, weapons systems and communications systems, which can all be electrified.

“We’ll start with a 1-kilovolt device, and gradually move up to 5, 10 and 15. This will allow us to develop learning cycles at each incremental voltage, and hopefully the process will get faster and faster as we fulfill each milestone. By the end of three years, we hope to have a 20-kilovolt gallium nitride-based device,” Khanna said.

Khanna, who focuses his research on next-generation power electronics, also is using gallium nitride in a NASA-funded project to improve power for space exploration. He will be collaborating with faculty within the UToledo College of Engineering who have expertise in materials to help achieve these objectives for both the U.S. Navy and NASA.

Prior to joining UToledo in 2015, Khanna worked for HRL Laboratories LLC in California, where he was directly involved with the development of gallium nitride-based battery chargers for electric vehicles.