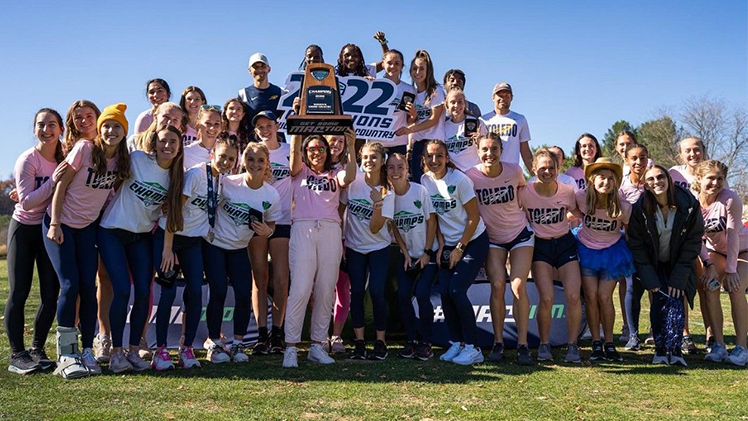 Toledo’s 29 team points were 54 points ahead of second-place Ohio, which finished with 83 points. It was the eighth MAC Championship for the Rockets, and the second under Head Coach Andrea Grove-McDonough.

“I’m really proud of both of our programs,” said Grove-McDonough. “That was what we hoped to do today. Our goal was to put five in the top 10, so I feel really good about that. That group of women out there, I think the top-eight women are all national qualifiers as individuals at some point in their NCAA careers.

“It’s remarkable the depth the conference has right now upfront. Now, we’re trying to turn the page as quickly as we can and focus on trying to get ourselves into that NCAA race.”

Toledo will next attempt to qualify for the NCAA Championship Meet at the NCAA Great Lakes Regional in Terre Haute, Indiana on Friday, Nov. 11.