Like many international students who come to the United States to further their education, Valentina Campos Yanez was overwhelmed, unsure if she’d fit into a brand-new environment.

But it was the support from the UToledo community that guided her to a home in Toledo. 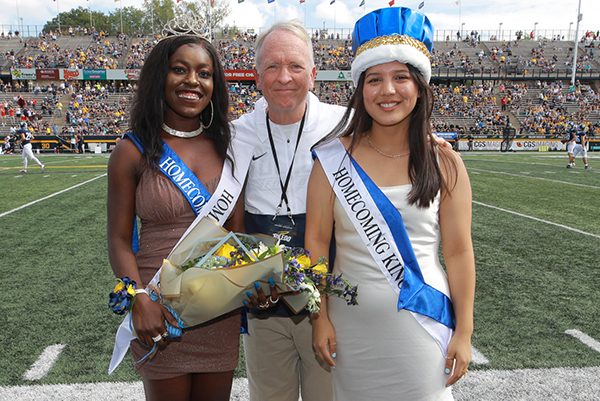 The bioengineering major from Guayaquil, Ecuador, wasn’t new to life in the U.S. when she became a Rocket, but college was a whole new experience.

Campos Yanez completed a cultural exchange through Maumee Valley Country Day School. She decided to stay in the U.S. to further her education, choosing UToledo for the co-op experiences built into the curriculum for College of Engineering students.

Going from living with her family in Ecuador to being on her own was a transition Campos Yanez says was lonely and humbling. She was excited to study in the U.S. but as with many international students, trying to fit in in an unfamiliar place came with uncertainty.

“Having to adjust to a new country and culture made college harder than it appeared to be for my peers,” Campos Yanez said.

Campos Yanez wasn’t alone, but UToledo’s caring faculty and staff were the driving force that allowed her to feel more comfortable. From staff in the Learning Enhancement Center to her academic advisor, there was always someone eager to help.

Campos Yanez’s drive to find her place proved to be successful, culminating in a long list of her campus activities on top of her rigorous classes. Among her current leadership positions are the public relations and marketing chair for the Young Entrepreneurs Society and the campus involvement and event planning co-executive for the International Students Association, as well as a resident advisor in International House and a title IX ambassador.

She’s also the vice president of Global Latinx Student Union, an organization that she helped to create.

Alexandra DeRosa, assistant lecturer of composition, and her husband, James, as well as former and current International House directors, Nickole Watson, Charles George and Viraj Patel, respectively, are just a few of the individuals who supported Campos Yanez with academic and personal guidance as she found her way through new experiences in the U.S.

DeRosa first met Campos Yanez when she was new to UToledo, visiting DeRosa’s office with Ecuadorian chocolates, a ritual gift-giving practice. Her Ecuadorian teacher had stayed with DeRosa’s family, and he recommended that she contact DeRosa when she arrived.

DeRosa remembers texting her daughter in March of 2020 to ask her to check on Campos Yanez, who was amid the campus shutdown as an RA and was not able to return to Ecuador. DeRosa’s family hosted her through the first part of the pandemic.

“It has been our pleasure to walk with Valentina and see her persistence and growth during her time here at UToledo,” DeRosa said. “She has incredible stamina, and she does not give up.” 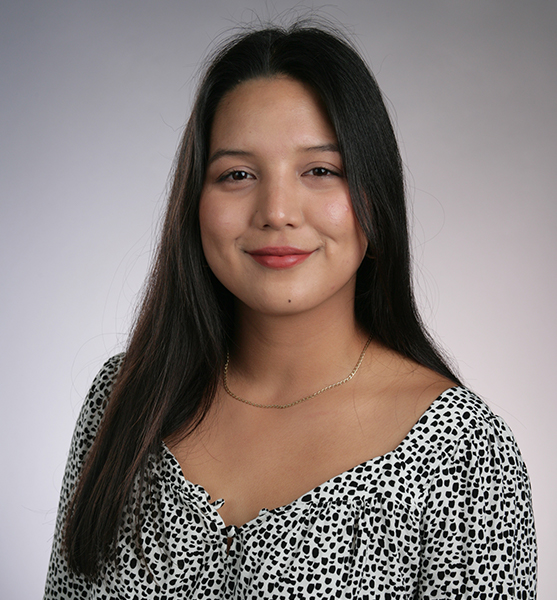 Campos Yanez is thankful for those who have opened their arms, offices and homes during her most difficult times.

“These individuals have made a huge impact in my life,” Campos Yanez said. “They have helped me in all aspects, like decision making, learning how to utilize my resources effectively, boosting my personal growth in my performance as a student and even being there for me in times of emotional distress.”

Through her position on the ISA executive board, Campos Yanez was involved in the conversation surrounding electing the homecoming king and queen candidates. She decided that the terms “king” and “queen” were not inclusive and so she chose to run for the king position to broaden the idea so that it was more inclusive.

Initially, she was afraid of potential backlash, but she was hopeful that her decision to run would be supported by the community, even if she was skeptical that she would win.

On that sunny Oct. 9 afternoon during the homecoming football game in the Glass Bowl, among the roars and cheers of the crowd, Campos Yanez’s name was called and the “Homecoming King” sash was placed on her shoulders. Her hard work paid off, alongside another ISA executive board member, Selina Ohene Obeng, who was chosen as Homecoming Queen.

“It was later that day,” Campos Yanez said, “when I was alone in my room, when I realized that all these people voted for me and were so supportive.”

To her surprise, the overall response has been positive. Campos Yanez has continued to work with the Catharine S. Eberly Center for Women to continue the gender-inclusive language conversation.

“It was my hope that we could shape the platform to be more inclusive and inviting to everybody, regardless of where they fall on the gender spectrum,” Campos Yanez said. “I understand that my privilege as a cis-woman and I am by no means trying to claim someone’s identity, nor do I speak for those who may be transgender or gender non-conforming.

“I don’t want the conversation to stop now,” she added. “We’re barely getting started.”