Welcome to ‘The Jungle’: Department of Theatre and Film to Stage Adaptation of Novel

The University of Toledo Department of Theatre and Film will present “The Jungle,” an award-winning adaptation of Upton Sinclair’s novel, written and directed by Matt Foss, UToledo assistant professor of theatre.

Performances will take place Friday through Sunday, Nov. 8-10 and 15-17, in the Center for Performing Arts Center Theatre. Curtain time is 7:30 p.m. Friday and Saturday; Sunday shows are at 2 p.m. 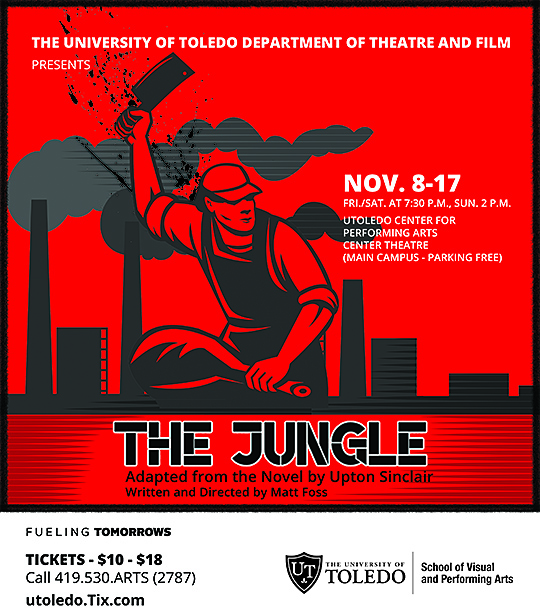 Sinclair’s landmark novel, written in 1906, exposed the appalling working conditions of immigrants employed in Chicago’s meat-packing industry. Originally written to shed light on issues surrounding workers, immigrants and the growing income disparity in America, Sinclair commented that he aimed for the public’s heart, but ultimately only “hit it in the stomach.”

The book prompted transformative changes throughout the industry and led to the development of the U.S. Food and Drug Administration, but had little to no effect on immigration, poverty or workers’ rights.