From hackers to cyberbullies, cybercriminals are increasingly targeting technology-hungry teenagers.

To combat the growing problem, the National Science Foundation awarded The University of Toledo College of Engineering a three-year, $267,742 grant to teach local high school students about the risks and threats associated with smartphones, tablets and other technology, as well as provide cybersecurity training to encourage careers in computer science and cybersecurity. 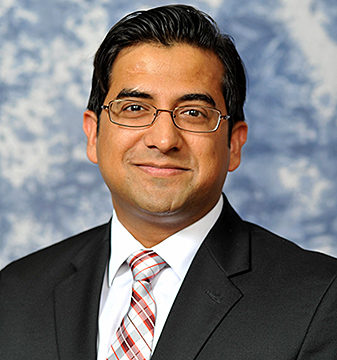 “The cybersecurity landscape is changing fast, and due to the ubiquitous information on the internet, the enemies of the state are more dangerous and advanced than ever,” said Dr. Ahmad Javaid, assistant professor in the UToledo Department of Electrical Engineering and Computer Science; director of the Paul A. Hotmer Cybersecurity and Teaming Research Lab; and project leader. “We need to train the future workforce to prepare them for what’s to come and protect the nation.”

If the project aimed at creating a safer cyber environment is successful locally, the new high school cybersecurity curriculum could be adopted nationwide.

UToledo is collaborating with Purdue University Northwest (PNW) on the research. The National Science Foundation awarded PNW about $230,000, bringing the total funding for the project to nearly half a million dollars.