When universities across the country began to shut down in March, it quickly became apparent that fall sports were in jeopardy. UToledo’s fledgling club football team also had to cancel its first season, much to the disappointment of team founder Dylan Brown.

“We were going to start practicing the week after spring break, and obviously that did not happen,” said Brown, a management and marketing major in the College of Business and Innovation.

Brown founded the club team in January after months of research sparked by an article in The Blade newspaper highlighting Ohio State’s club football team. While OSU’s varsity team captured the number one ranking in the country, the club team duplicated the feat, going on to win the National Club Football Association National Championship. 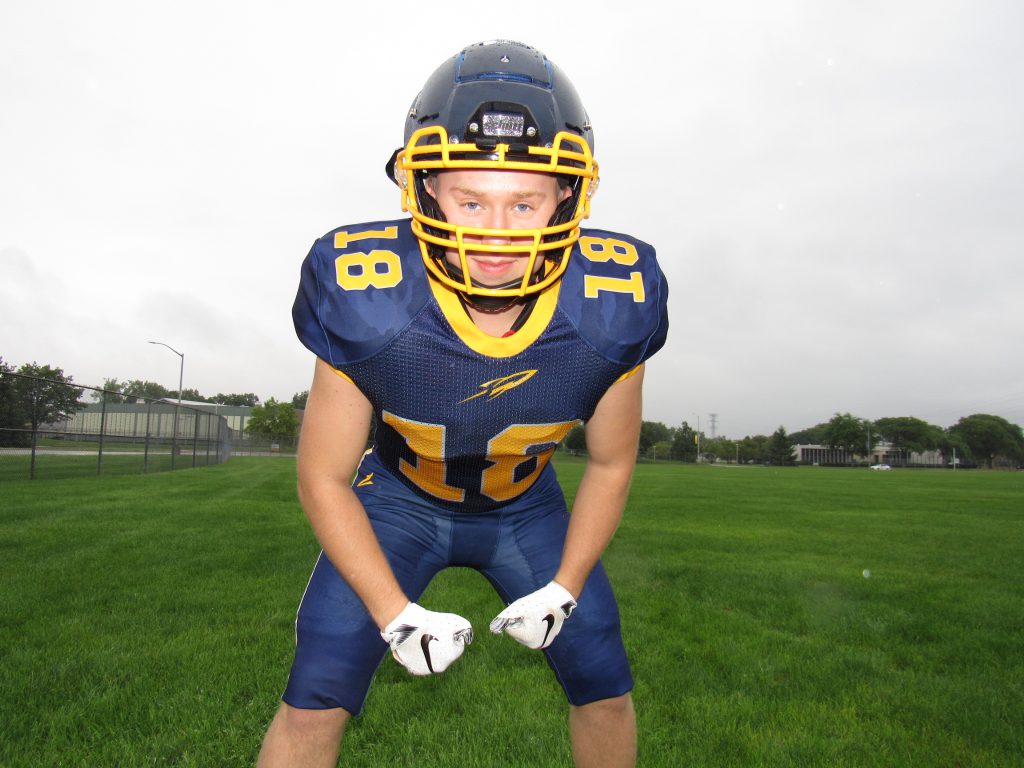 After months of research, Dylan Brown founded UToledo’s club football team. The team’s first season this fall was canceled because of COVID-19.

Brown, who played linebacker and running back for nearby Anthony Wayne High School, figured UToledo could field a similar squad. Since then, 18 other Rockets have joined the club football team. Brown is working to recruit with students back on campus, though it’s been difficult to find players.

“We’ve found it’s been a lot easier to recruit skill position players. Finding linemen has been a bit more of a challenge,” he said.

But even amidst a pandemic, Brown says enthusiasm for club football is running high. The club has recently added two coaches to its staff, hiring Jamie Young and Brad Fields, the owners and former coaches of the Toledo Thunder semi-pro football team. Brown says recruitment has been going well, too — largely because there are a lot of athletes on campus hungry for one more shot at competitive football.

“The majority of them, I would say, played in high school and want an opportunity to get to play football again,” Brown said. “That’s one of the main reasons I started the team.”

In addition to recruiting, Brown and the other members of the team are working hard to fundraise, in hopes of offsetting some of the costs associated with playing a club sport. The team is selling masks branded with the club team’s logo.

“Club football is on the expensive side as far as club sports go, up there with hockey,” he said. “There’s the equipment that goes into it, there are the fees that we’ll have to pay in order to use the Glass Bowl, there are league fees that we have to pay.”

Still, it’s worth it for another chance to suit up with his teammates, even if it’s not at the level of the football that sends a lot of highlights to SportsCenter.