On Tuesday, Oct. 4, Tiara Medley heard her name announced to the sold-out theater.

As she made her way to the stage, she realized she just won the 2022 Toledo Press Student Touchstone Award in Television. 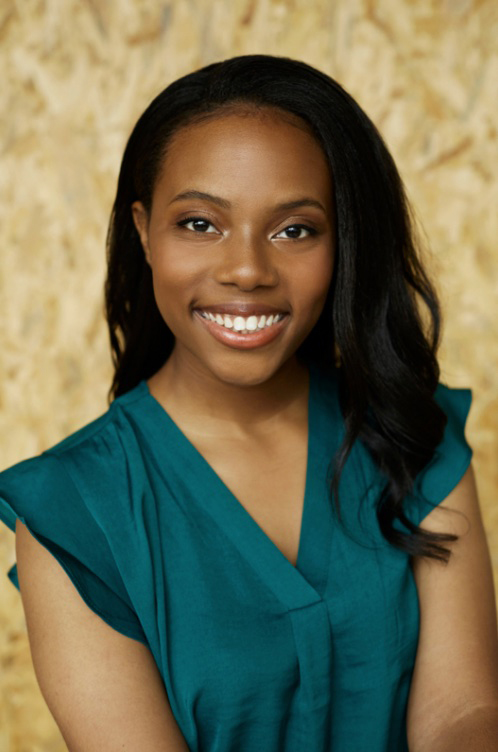 The media communication senior was overwhelmed by the honor.

“I wasn’t expecting it to be me at all,” Medley said. “They said someone from UT, and it was a girl, but in my head I wasn’t thinking about me. When I realized, I was really excited.”

The Toledo Press Touchstone Awards is a prestigious, annual event that recognizes the best of journalism and public relations in the greater Toledo area.

Medley’s mentor, Jason Hibbs, assistant lecturer in the communications department, was sitting in the crowd at the award ceremony.

“I was so happy for her when her name was called,” Hibbs said. “I’m also struck by her humility. She thanked me when accepting her award, but it was her hard work, her attitude and determination that led to her success.”

A Toledo native, Medley spent her freshman year at Eastern Michigan before transferring back home to UToledo. She said she is thankful for all she has been provided with at the University.

“There are so many opportunities for us in our major here; I can film videos for ESPN, we have UT:10 and, of course, WXUT, our radio station,” Medley said. “My experience has been really good here.”

Medley also is the recipient of the Press Club of Toledo’s Bernard F. Judy Scholarship, an award given to a student who “epitomizes the service and dedication to the profession of journalism.”

“Winning the scholarship felt great. It’s an amazing award for all the hard work I’ve put in,” Medley said. “I liked being recognized and I’m happy to have the help for my last semester.”

While she prepares to graduate in May, Medley works as a news editor for local TV affiliate, WTOL 11.

For the longest time, her mind was set on being a news reporter, but lately Medley has been considering a career as a documentarian.

“I like working with the camera and, as I have a lot of ideas, it is easy for me to translate them visually,” Medley said. “I love the storytelling aspect of it all.”

Hibbs said he is happy to have had the opportunity to be a small part of Medley’s college career.

“She is kind, respectful, invites critique of her work and always strives to do better,” he said. “She will go far in life, regardless of which job or career she chooses.”