Roma Lucarelli always knew she wanted to be a teacher. But it was only after a few years of being exposed to her professors at the University of Toledo that she figured out what kind of teacher she really wanted to be.

Lucarelli, a senior distance runner on the Rockets’ women’s track and cross country teams, will receive her degree in English literature, her second bachelor’s degree, at UToledo’s virtual graduation ceremony on Dec. 6. She previously received a degree in adolescent and young adult education last spring.

CELEBRATING SUCCESS: During this time when we cannot come together to celebrate our graduates, UToledo is recognizing the Class of 2020 with a series of feature stories on students who are receiving their degrees during our virtual commencement ceremony on Sunday, Dec. 6.

Lucarelli began her academic career with the objective of becoming a secondary school teacher. But the inspiration provided by her instructors in the Department of English Language and Literature persuaded her to set her sights on becoming a university-level English professor.

“In all of my English classes, the professors have been so personable and willing to help me,” said Lucarelli, a graduate of nearby Bedford High School. “I really love the college atmosphere and doing research, so I think going the professor route would be good for me.”

Lucarelli is grateful to her instructors for supporting her through her five years as both a student and a student-athlete.

“My professors have been great,” Lucarelli said. “As a student-athlete, flexibility and understanding are key, and I never had an issue with that from any of my professors. But more than that, my professors have often shown a personal interest in me as a student and as a future educator. One of the best parts of my college experience has been the one-on-one attention that I have received from my professors.”

Lucarelli particularly credits Dr. Parama Sarkar, an associate professor in the English Department, for inspiring her new career path. Lucarelli took Sarkar’s World Literature class during her sophomore year. At the end of the semester, Sarkar spoke with Lucarelli and suggested that she had what it takes to be a college professor. 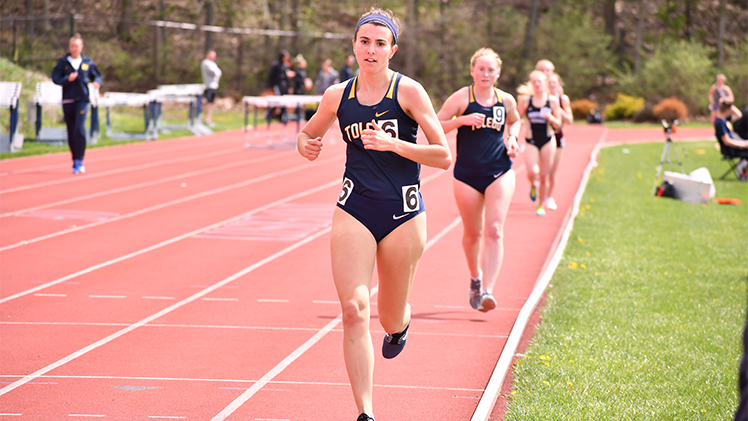 Roma Lucarelli, a senior distance runner on the Rockets’ women’s track and cross country teams, will receive her degree in English Literature, her second bachelor’s degree, in December.

“Dr. Sarkar has been a role model for me,” Lucarelli said. “She is what I want to be as an English professor.”

Sarkar, who now serves as Lucarelli’s Honor’s Thesis mentor, said she sees a bright future for her star student.

“It has been a pleasure having Roma in my classes,” Sarkar said. “She is smart, intellectually curious and extremely motivated as a student, and I can see her excelling in any field she chooses in her future.”

While Lucarelli has altered her academic path somewhat, she decided to stick with her original major and simply add another bachelor’s degree to her resume before entering graduate school. This gave her the opportunity to work as a student teacher at Toledo Early College High School, an experience she found fulfilling.

“Even though the students I worked with were in seventh and eighth grade, they were very advanced students who took the subject matter seriously,” said Lucarelli. “It further convinced me that I wanted to teach at the college level. There’s nothing wrong with teaching junior high or high school. I’m sure I could be happy teaching at a school like Toledo Early College. But I think the best fit for me is being a college professor.” 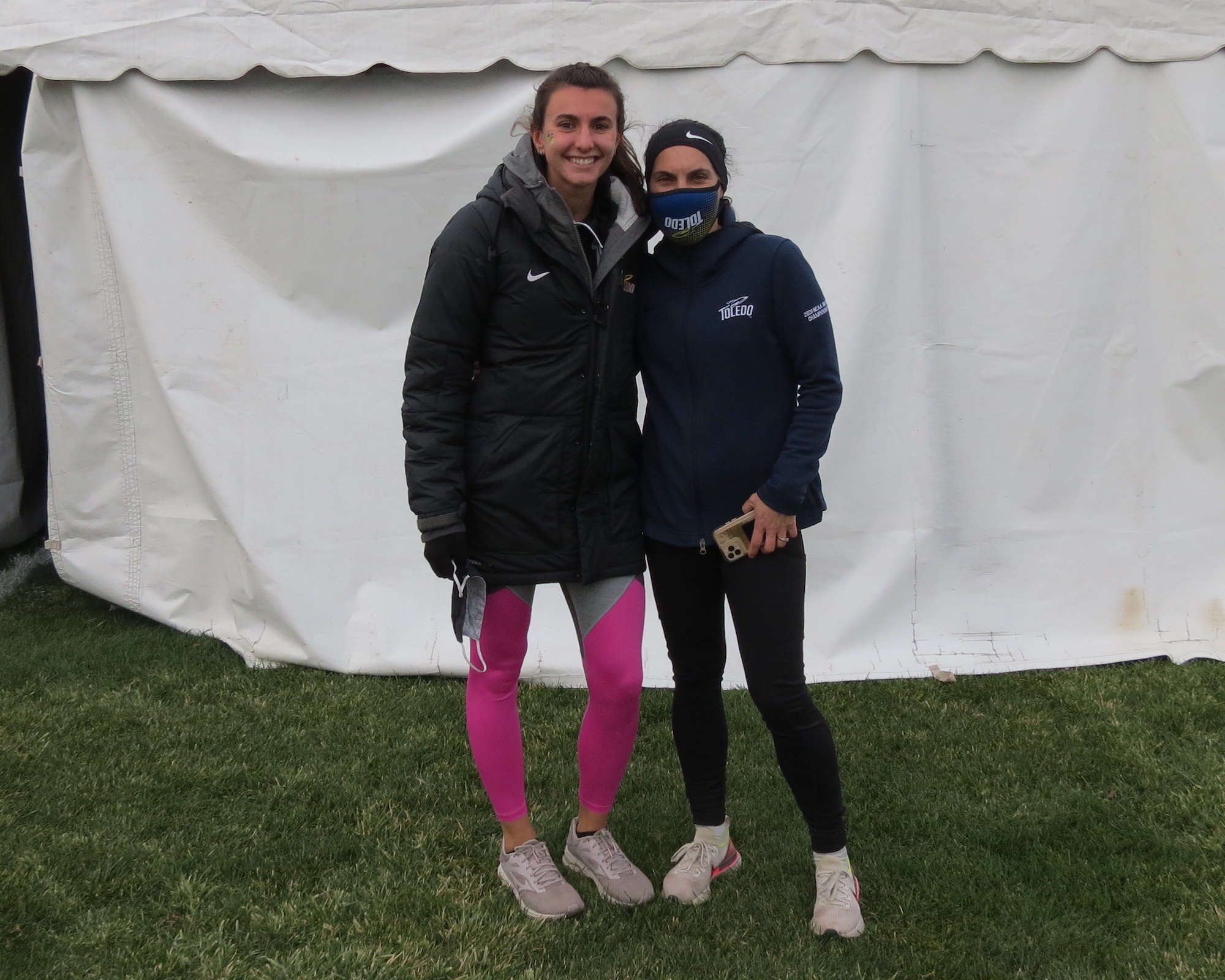 After graduating in December, Lucarelli will begin graduate school at UToledo with the goal of receiving her master’s degree in English Literature. After that, she plans to begin work on her Ph.D. and enter the world of academia.

While Lucarelli has been busy navigating her academic path for the past five years, she has also been competing as a student-athlete. Though her athletic experience has had its ups and downs (nagging injuries have limited her participation in the past two seasons), Lucarelli is enthusiastic about the support she has received from her coaches, teammates and teachers.

“I’ve had two great coaches, Linh (Nguyen) and Andrea (Grove-McDonough), who have supported me and been there for me. We have a strong emphasis on building a positive team culture, which is so important because training day-in and day-out can be hard. I love my teammates. We have fun and are there for one another.”

McDonough, who succeeded Nguyen as Toledo’s director of track & field and cross country in the summer of 2019, said that Lucarelli has played a vital role in the program.

“Roma has been a wonderful leader for our program and has really taken on a mentor role in her senior year,” said Grove-McDonough, “She is the epitome of a leader by example in all that she does. She is kind, compassionate, well-liked and well-respected by her teammates. Roma has been a terrific comeback story this year after battling setback after setback the past year-and-a-half. Her relentless positivity and commitment to the team has allowed her to get to this place where she has made the MAC Championship squad.”