A solo art exhibition by Deborah Orloff, professor and associate chair of The University of Toledo Art Department, is on display through mid-December at Space Place Gallery of Contemporary Art in Nizhniy Tagil, Russia.

The exhibit features 21 large-scale photographs from “Elusive Memory,” Orloff’s ongoing body of work that explores “the enigmatic relationship between family photography and memory.”

“It utilizes personal, archival materials as subject matter,” she said, “but speaks to universal experiences most of us have such as trying to remember something you can no longer picture in its entirety.” 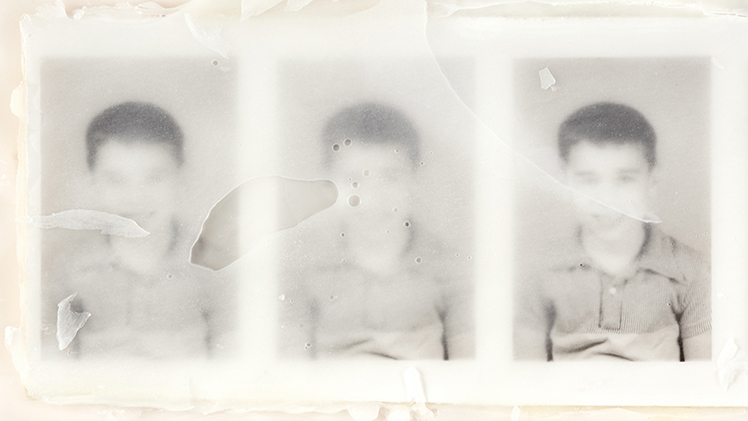 ‘School Photos 3,’ one of the 21 large-scale photographs from UToledo Art Professor Deborah Orloff’s solo exhibit, ‘Elusive Memory,’ on display through mid-December in a Russian art gallery.

Orloff said she was invited to show her work at Space Place Gallery after its curator saw a feature devoted to “Elusive Memory” in a respected photography journal, Aint-Bad. And after seeing her Space Place Gallery exhibit, curators at the Nizhny Tagil Museum of Fine Arts invited her to have a solo exhibition at their museum in April.

Having her artwork exhibited in Russia naturally provides creative satisfaction, but it also yields personal significance.

“I know very little about my ancestors other than the fact that most of them were originally from Russia, so having a solo exhibition of work that features images of my family there is especially meaningful to me,” she said. “In a sense, it brings my family history full circle having these photographs exhibited in Russia.”

“Elusive Memory” evolved from the UToledo art professor’s nearly lifelong fascination with family photos, which she has collected for decades, and in family pictures that were “abandoned, neglected and forgotten” in her parents’ basement.

“Inadvertently exposed to water, heat and humidity, the pictures have undergone a powerful transformation; they’re surprisingly beautiful and mysterious in their present state of decay,” Orloff said. “By making high-resolution photographs, and enlarging them to almost 4 feet long, my work allows viewers to see the incredible surface details (barely noticeable to the naked eye in the original objects) that make each of the damaged pictures distinctive.” 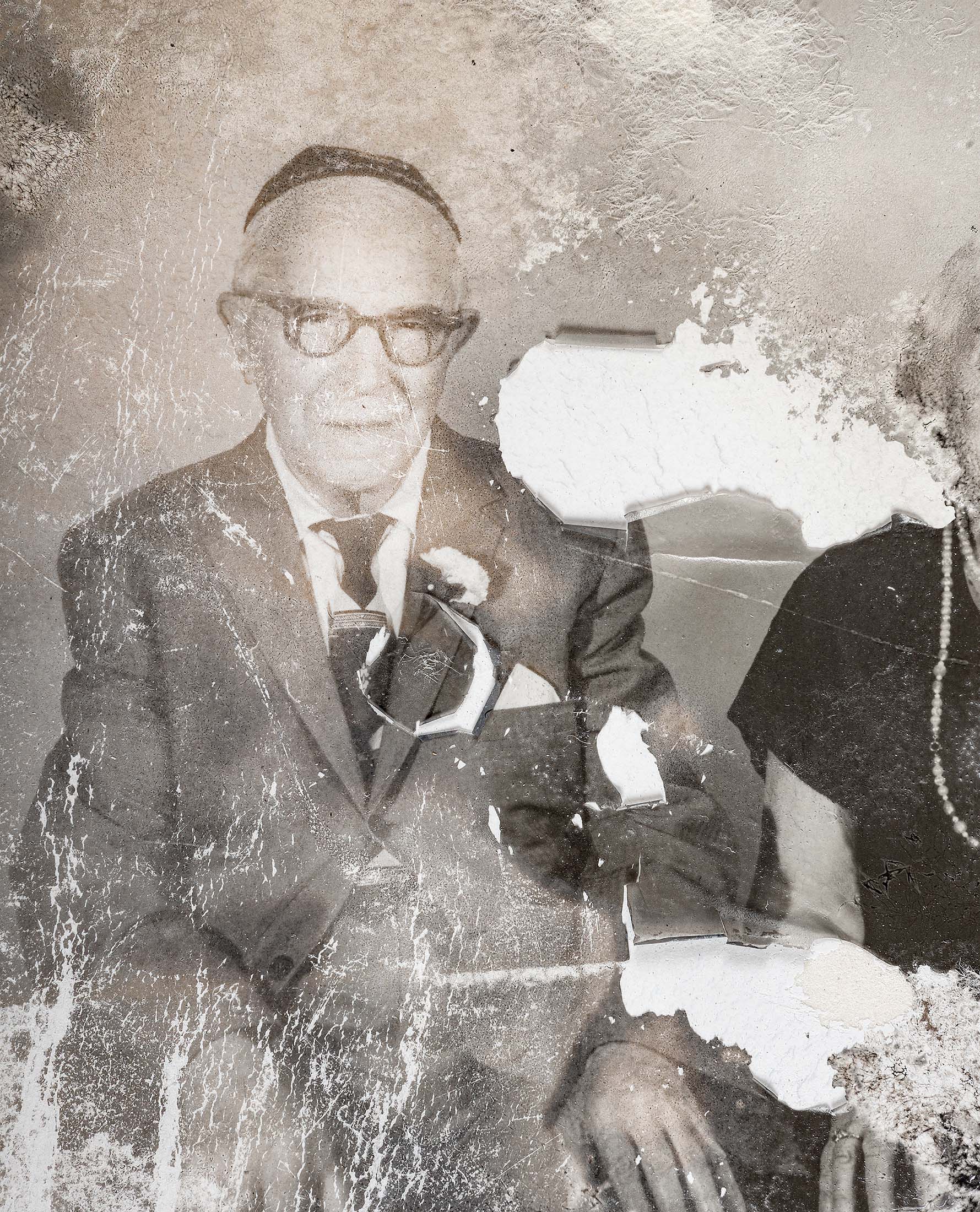 The result, she said, is an ironic twist that jolts the-once generic images with artistic identity and imbues them with the deep-seated recognition that memories, like the photos on exhibit, are subject to change and decay.

The photographs also serve a dual purpose: a canvas for Orloff and a point of entry for the audience, one that’s familiar even if the reimagined images are not.

“Family albums are archives that provide glimpses of the past and trigger memories of specific people and events,” she said. But “memory is certainly selective; no one remembers everything. But of the things we do recall, how much do we actually remember from experience, as opposed to incidents we think we remember because we’ve seen the photographs so many times?”

Orloff’s work has been exhibited extensively nationwide and in the last two years has received significant exposure overseas, including an internationally competitive group exhibition traveling throughout the United Kingdom, as well as shows in Hungary and Israel. She also has a new work debut in a European exhibition this winter.