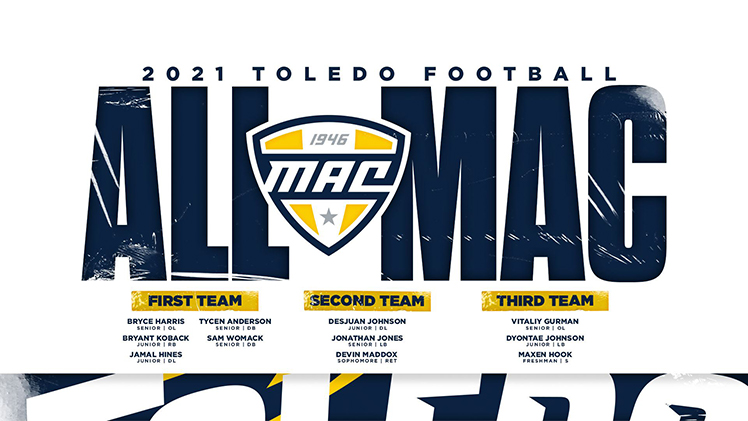 The 11 honorees are the most for Toledo since placing 12 players on All-MAC teams in 2016.

Leading the way were five first-team selections, the most since 2017. Senior offensive lineman Bryce Harris, senior defensive backs Tycen Anderson and Samuel Womack, junior running back Bryant Koback, and junior outside linebacker Jamal Hines were all placed on the first team.

Anderson, Womack, and Hines make up the first defensive first-team trio for Toledo since 1997, when cornerback Clarence Love, linebacker Marcus Matthews, and defensive lineman Jason Richards each earned first-team honors on the defensive side of the ball.

Senior linebacker Jonathan Jones and junior defensive end Desjuan Johnson were placed on the second team, as was sophomore wide receiver Devin Maddox, who was named All-MAC as a return specialist.