The University of Toledo Cricket Club has won the Michigan Cricket Association’s Division I Championship this fall, besting 24 teams from across the Midwest.

The club finished the season with an 11-1 record. 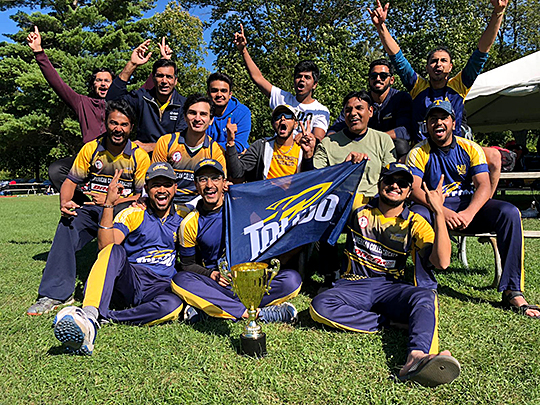 The UToledo Cricket Club celebrated after winning the Michigan Cricket Association’s Division I Championship this season.

“The club has been a part of Toledo and the surrounding areas for the last four years,” said Akshay Chawan, captain of the club and associate network engineer in Information Technology. “Our organization’s goals are to build a proud tradition of developing cricket and life skills, with a dedication to teaching teamwork, sportsmanship and a competitive spirit.”

Chawan is among UToledo alumni on the team, along with Keyur Kulkarni, Club President Mohmmad Majid and Sai Hitesh.

“The University of Toledo Cricket Club has been able to showcase its talent and achieve some accolades in the last three years. We are very proud of our achievements and the hard work of a lot of people connected with the club that has led to on-field success,” Roge said. 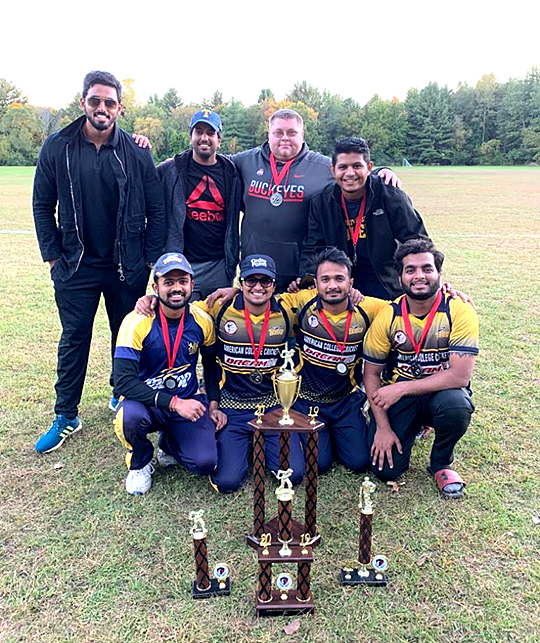 “Each and every player aspired to be best for the team and not to be the best on the team,” Kulkarni said. “In the past three years, this commitment has yielded the UToledo Cricket Club with many accolades.”

Highest runs this season for UToledo were community member Israr Ul Haq with 231 and Chawan with 190. Highest wickets for the club were Chawan with 16, Aryamane with 14 and community member Adeel Ahmed with 7. Chawan was named man of the match in the championship game, while Hitesh and Roge received that honor during the semifinals.

Then came victory at the Michigan College Cricket Championship this season. The team began by beating Wayne State and Saginaw Valley State University in league play before a semifinal win against the University of Michigan at Dearborn. They lost a rematch with Wayne State in the final round, but the UToledo Cricket Club brought the runner-up trophy to campus.

UToledo alumni Rohan Kapkar and Arjun Ajbani joined the team during the college cricket championship, and Ajbani was named the most valuable player of the tournament.

“The UToledo Cricket Club is an emerging and highly respected team in our area,” Majid said. “We would love the University community to support its cricket club and learn more about the sport.”