Litigation is a high-stakes, zero-sum game. Competition — and the pressure that comes with it — is a way of life.

For UToledo College of Law graduate Hannah Duschl, that’s part of the appeal.

“I want to have that kind of pressure on me,” she said.

It’s understandable if you know her story. A college soccer player who suited up for Indiana Tech as an undergrad, Duschl has always been intrigued by the machinations of the legal system.

“I was originally in the criminal field,” she said. “I wanted to be some kind of forensic investigator or something of that sort. But once I got into the intellectual aspects of it and challenged myself to get into the different academic aspects, I felt like law was going to be the best fit for me.”

After experiencing the thrill of legal competition firsthand as a member of her high school’s mock trial team, her destiny appeared set. She pursued her college soccer career with the intention of returning to her roots to finish her legal education.

“I always wanted to come back to Toledo,” said Duschl. “This is where I’m from. This is where I’m planning on starting a family. I figured Toledo Law School would be a great place to start in the community right away before I even get out into the real world.”

From the moment she arrived, she pursued her legal education with the same vigor as her athletic career — and her results speak for themselves.

Duschl has been captain of UToledo’s mock trial team for multiple semesters and received this year’s CourtCall Award, given annually to students who excel in various aspects of their law school education. She’s also set to be published in The University of Toledo Law Review, writing on how fault is apportioned in cases with multiple defendants.

It may sound like a lot for one student to take on, but, again, that’s part of the appeal for Duschl thanks to her athletic roots. 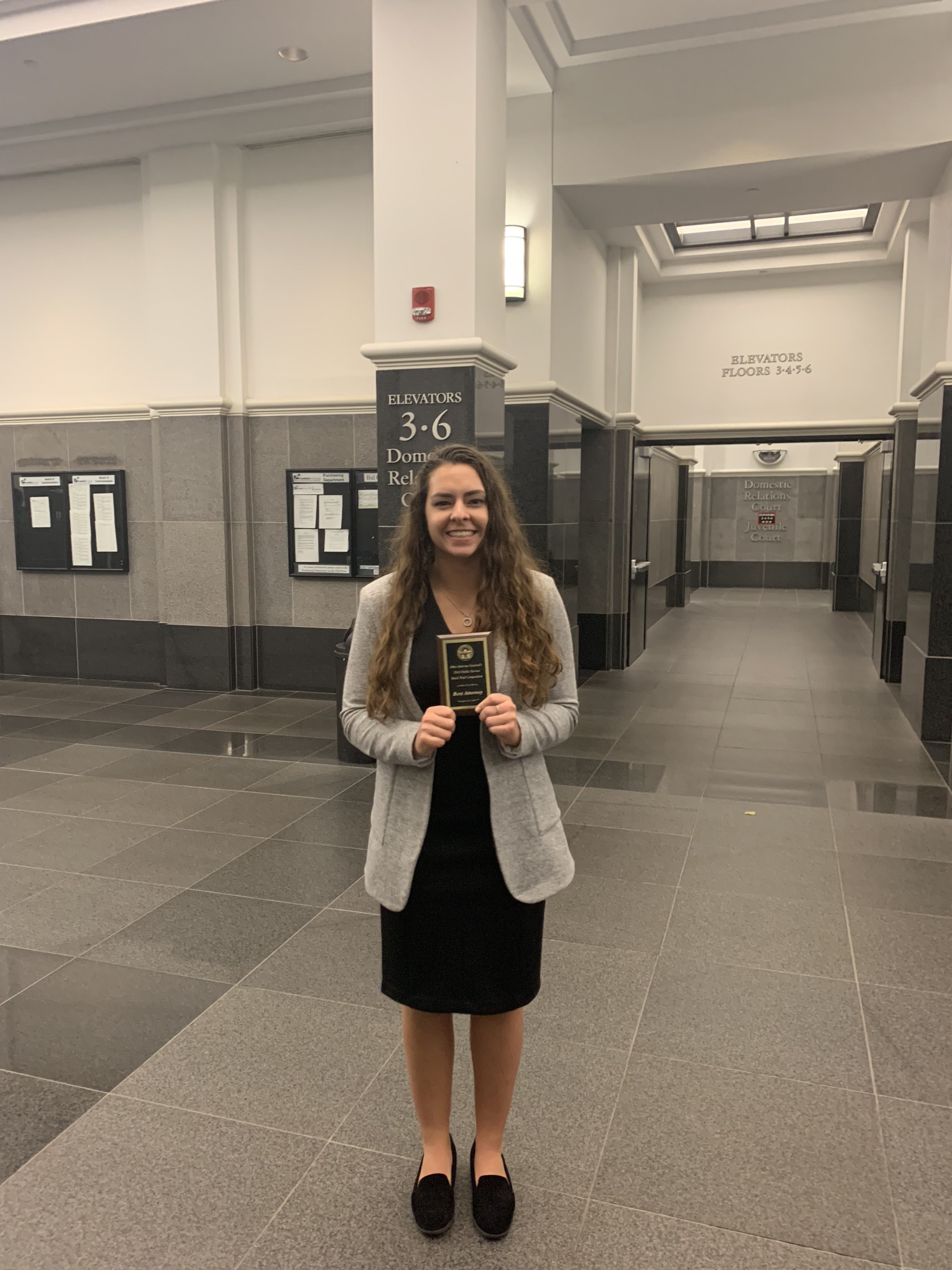 For UToledo College of Law graduate Hannah Duschl, the competition in litigation is appealing. “I want to have that kind of pressure on me.”

“Growing up as an athlete, having that pressure on you to be able to succeed … in a way this kind of simulates that same sort of thing,” she said. “More a higher-thinking type of thing, obviously, but that same caliber of feeling that I got when I played college soccer back in the day.”

Her approach caught the eye of her UToledo Law faculty, including Distinguished University Professor Eric Chaffee.

“She prepared for class and finals in the way that a professional athlete might prepare for a game,” Chafee said. “She was consistent, methodical and relentless. Consequently, her success at the College of Law has been impressive, but not surprising.”

Duschl intends to bring that same work ethic to her post-graduation position at Reminger Co., LPA, a law firm where she works as a law clerk. There, she hopes to eventually pursue a career in general litigation.

“We do a lot of defense work,” she said. “A lot of medical malpractice and personal injury.”

The stakes, of course, can be high in those kinds of cases. But given her career to date, that’s exactly how Duschl likes it.

“I enjoy the pressure overall,” she said. “The adrenaline rush is really fun.”