A smothering defense and a gutty performance by sophomore quarterback Dequan Finn launched the Toledo Rockets (8-5) to a 17-7 victory over Ohio (9-4) in the MAC Championship Game at Ford Field in Detroit on Saturday.

“I’m really proud of our football team,” said Candle, who is now tied with former Rocket head coaches Frank Lauterbur and Tom Amstutz with two outright MAC titles. “It takes a strong and mentally tough group of young men to get to this point. This team is resilient and has a lot of resolve. They understand the importance of responding to adversity rather than reacting to it. I’ve challenged them since day one to be who they said they were going to be, and they wanted to be MAC Champions. I was excited to watch those guys hoist the trophy.” 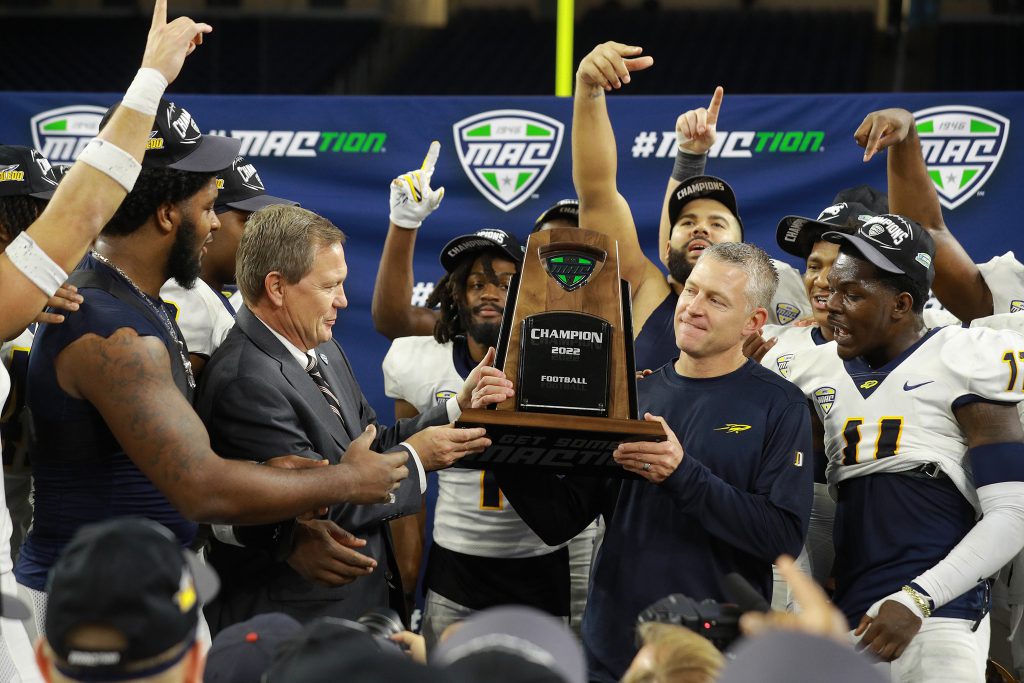 “This team, we’ve been through a lot this whole year,” added Finn, a Detroit native who won a state championship at Ford Field in high school in 2018. “It’s been a rollercoaster for us, with ups and downs. We’ve fought through adversity and rough patches. Ultimately throughout the whole course, we stayed together as one. Even on the bad days. The whole emphasis was stay together as one, because when we splinter off, we are not the same. When we play as one, no one can stop us. I am happy for this team, happy for the coaches. It’s a surreal moment.”

Holding a 10-7 lead in the fourth quarter, Finn hit sophomore wide receiver DeMeer Blankumsee for a 16-yard touchdown pass with 10:36 left in the game. Toledo’s defense then did its job, holding the Bobcats scoreless on their final three drives.

Finn, who missed two games in November with a sprained ankle, was 16-of-25 for 154 yards and added 86 yards on the ground. Toledo’s running game totaled 236 yards, led by sophomore Jacquez Stuart, who had 93 yards and the game’s first touchdown, a 29-yard run on Toledo’s opening drive. Sophomore Jerjuan Newton was Finn’s top target, snagging six passes for 77 yards. 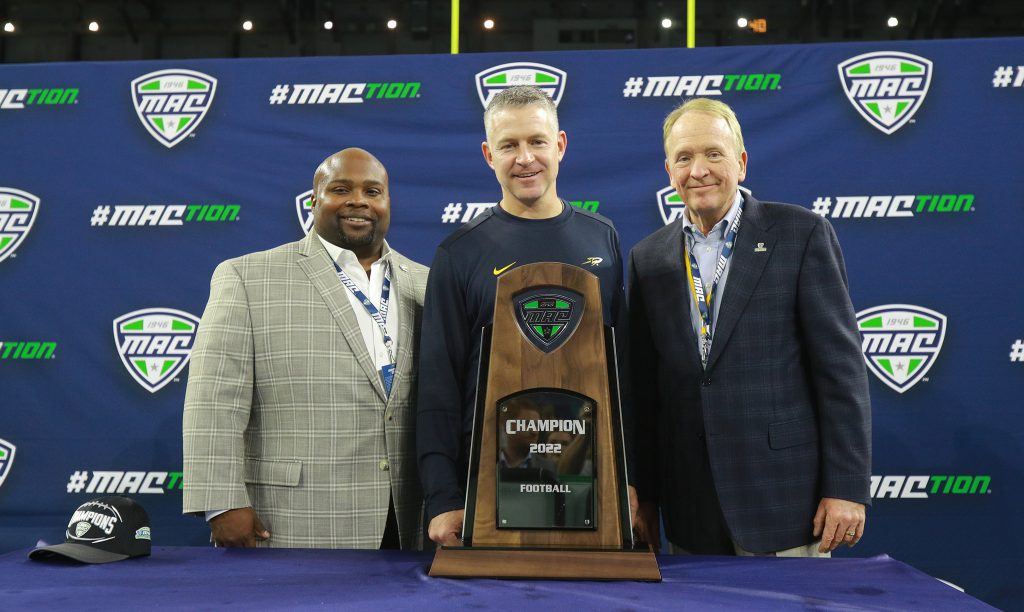 Toledo’s defense, ranked No. 1 in the MAC much of the season, dominated the Bobcats for most of the game, holding Ohio to the fewest points by any team in MAC Championship Game history. Ohio gained 262 yards of total offense, including just 69 yards in the second half. Junior linebacker Dallas Gant led Toledo with 10 tackles and junior Nate Bauer had an interception.

“Our defense played lights out,” said Candle. “Great job by that staff coming up with a game plan and great execution by our players. We made things really tough on their quarterback, who is a good runner. But we executed the game plan at a high level.”