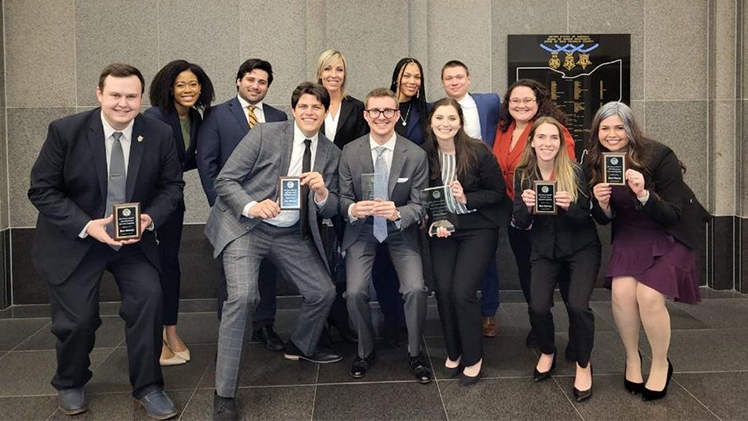 Mock Trial teams across Ohio law schools receive a case problem in early September. Teams prepare for the competition throughout the semester, getting ready to present each side of the case in two separate rounds during the competition. Student teams are assigned coaches, predominantly from statewide offices of the OAG, who help guide them along the way.

Teams were judged on the various steps of the trial, including pre-trial matters/motions, opening statements and closing arguments, witness performance and direct and cross-examinations. The competition is judged by federal and state judges as well as experienced litigators dedicated to public service.

Brianna Barnett, Kayte Geist, Kaci McGee, David Odle, Liz Quinn and Will Robinson, who served as captain, were on the third-place team.

Individual awards went to Dennis and Henkel for “Best Attorney” and Ervin and Quinn for “Best Witness.”