And now, father and son will share the same graduation date.

The elder McGilvery’s lack of a college diploma has been eating at him for years. He joined the military at 17 and after testing was offered a full ride to the U.S. Military Academy (West Point). He turned it down. Mistake number one, he said.

After he left the military in 1989, he took advantage of the GI Bill and attended UToledo to pursue an engineering degree. Mistake number two, he said, was when he dropped out after a few years to join the family business, making machines to form corrugated boxes.

“My dad was very disappointed when I quit,” McGilvery said. “I could see it on his face.”

McGilvery will be the first one of his siblings to graduate with a four-year degree, and he said he knows his parents, who are deceased, would be proud.

“Mac embodies the ideal of working hard to accomplish a dream, while also setting an example for those around him,” said Matt Reising, McGilvery’s advisor in University College.

Working hard runs in the family. The younger McGilvery’s work ethic in the classroom impressed one of his professors, Dr. Seamus Metress, who has taught anthropology at UToledo for 53 years.

“Washington McGilvery is one of those students who stands out and will continue to do so in my mind,” Metress said. “Whenever I walked into a classroom to find Washington among the students, I was more than pleased. He is intellectually curious, serious about learning and becomes engaged with the material. He is a thinker. The substance of any questions he asks or comments he makes is thought-provoking, adding to the course, and often to my own thinking.” 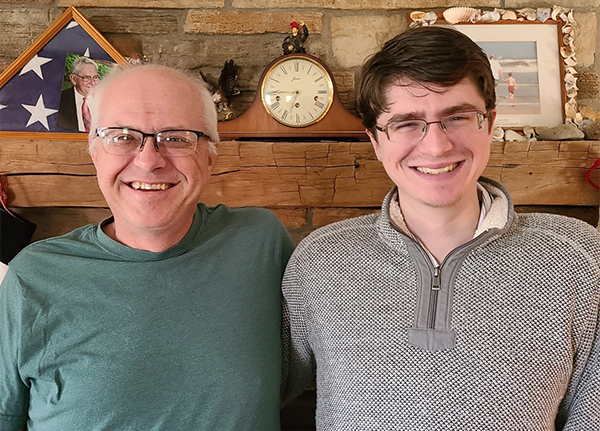 Mac McGilvery began pondering a return to college when his wife, Karin, came back to UToledo and earned a degree in music in 2016. A health issue had derailed her college career 20 years earlier. She is now a public school teacher and “loving every bit of it,” McGilvery said.

After watching her fulfill her dream, he thought, “I ought to go back and finish what I started.”

After the family business folded in 2009, McGilvery said he was frightened about what the future held. He landed a job in maintenance at Amazon in 2020. He knew that a college degree would help him advance at the company.

Since he had been teaching classes in the skilled trades for seven years at Owens Community College, he decided to start there. He spent a year taking general education classes and then transferred to UToledo to finish his degree. While taking a full load of classes, McGilvery worked 60 hours a week at Amazon.

“I am so thankful for the opportunity that UToledo gave me to finish,” McGilvery said. “They took all those credits from back then. Matt Reising, my advisor, got me turned in the right direction.”

Setting an example for their children was important to him and his wife, McGilvery said. They would often tell their children that an education is not something you want to put off.

“If you think you’re taking a six-month break, it could turn into 16 years,” he said. “You have to push through and finish.”

Now both mom and dad have UToledo degrees, along with their oldest son. Their youngest, Maggie, is a third-year art education major. She and her brother commute to campus together from their home in Liberty Center.

Their brother, Tom, is in the Marines. When he gets out in July, he will probably start at UToledo, McGilvery said. 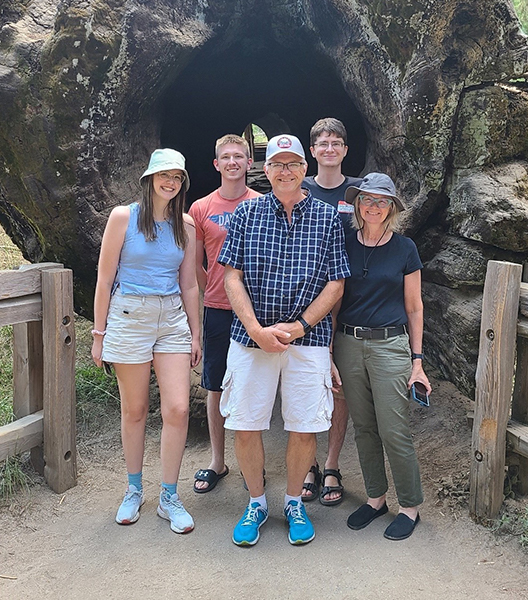 Setting an example for their children was important to Washington Irving (Mac) McGilvery II and his wife, Karin, who graduated from UToledo in 2016.

When he started at UToledo, McGilvery III decided to major in his two passions: history and geology.

“I have always loved history. My parents would get me encyclopedias instead of the usual things you get for kids,” he said. “And I have always been interested in landforms and rocks.”

His freshman year, McGilvery III took an ancient Egyptian history class that was “incredibly engaging,” he said, and that cemented his choices.

As for what comes next, McGilvery III isn’t quite sure. He wasn’t able to finish his geology degree, so at some point, he wants to go back and finish that. He also had offers for graduate school. But he wants to take a mental break and plans to substitute teach for a while.

One thing is certain: Both father and son will continue to learn. The elder McGilvery said his world has opened up, and he now has a list of things he wants to know more about. He wants to better his writing and math skills and learn more about alternative energies.

“That’s what this degree has done for me,” he said. “I want to keep moving forward.”

The younger McGilvery is proud of his parents and appreciates the example they’ve set.

“They waited so long for it,” he said. “It made me incredibly happy that they completed their life goals.”