After years of working in nursing, Stec went back to school to complete his bachelor’s degree in nursing.

Now, he will celebrate finishing his final class — and earning his degree — at Commencement on Saturday, Dec. 17.

An Army veteran, Stec began his nursing career in 1992 after he left the military and began taking classes at Mercy College of Ohio to become a registered nurse.

“When I was in the military, Operation Desert Shield/Desert Storm happened where I was deployed to Iraq,” Stec said. “While I was deployed, I was attached to a medical battalion. I saw what those in medical did, the interactions they had and what they did during that time period and environment.

“That was my first part of where I thought, ‘Oh, maybe this is something that I’d be interested in when I get out of the military.’ ”

Stec worked in nursing for 24 years before going back to school — six of those years at The University of Toledo Medical Center. He served as a nurse and then as a lead nurse in the emergency room, as house supervisor for the hospital and now as operations supervisor for the ER.

In his current role, Stec supports his nurses by ensuring they have the supplies needed and placing orders for more, enforcing policies and procedures, and completing payroll, among other tasks. 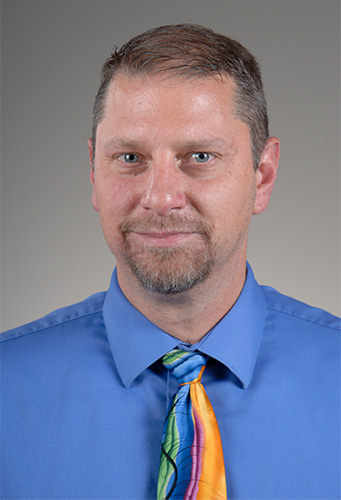 When he decided to go back to school, UToledo’s RN to B.S.N. program was the perfect choice. The courses are 100% online and self-paced, meaning he could complete assignments on his own time — there are no scheduled due dates other than everything needing to be completed by the end of the semester.

“A few of the prerequisites that I needed to complete to get into the program were online, but they were scheduled to where you have an assignment that was open on a Sunday and had to be done on a certain day,” Stec said. “As a not-young student who works full time and has other priorities, those classes were very difficult to complete.

“It was really nice to have self-paced, self-driven modules where you could complete your program at your pace. And get it done on your time whenever you are available.”

Commencement is the closing of one door — his goal to obtain his B.S.N. — but opens a new door. Stec’s title will change to nursing director for the ER and will continue his day-to-day tasks to serve his staff.

Nearing the end of his career, Stec said he’s embracing what’s to come.

“I’m in the last 10 years of my career,” he said. “Hopefully, over the next several years, I’ll start to slow down a little bit and maybe move into education at some point.”