Paula Ashley’s journey to a bachelor’s degree in religious studies began in 2018 with a mid-day walk break through University Hall.

Ashley, who works in UToledo’s Office of Marketing and Communications and supports marketing projects for the Division of Enrollment, had made it to the fourth floor when she turned the corner into the home of the Department of Philosophy and Religious Studies.

That’s where she found an intriguing flyer promoting a new class for the following semester.

“It was a semester-long course on the book of Genesis,” Ashley said. “I knew enough about the topic to know there was a lot I didn’t know about it, and it was advertised as taught by a professor who had gotten his Ph.D. at Harvard, Dr. Yonatan Miller. So, I was sure it would answer a lot of questions for me. I later learned he had done his doctorate on the Israel priesthood, a subject I was also curious about — so I ended up taking that class, too.

“By my third session in the Genesis class, I said to myself, ‘This is so cool, I want to get a degree in it.’ The topic also came at a particularly timely point in my life, as I was reassessing my own direction from a religious standpoint.”

Now, she will celebrate finishing her degree at Commencement on Saturday, Dec. 17.

Although she had considered taking the course with Dr. Miller as a non-credit class, Ashley chose the for-credit option for two reasons: the University’s tuition waiver for employees and the ability to participate in class.

“When I asked Dr. Miller about auditing the class instead of taking it for a grade, he said that would be fine, but he’d expect me to just sit in and listen. I immediately thought, ‘Oh, that is not going to work for me.’ I’m the ‘pick me’ person who’s always raising their hand.”

Ashley, who already holds a bachelor of fine arts degree from Bowling Green State University, chose to complete the full bachelor’s degree to learn the information she was curious about, but also because UToledo does not offer a graduate degree in religious studies. Many of the courses she took during her first bachelor’s degree transferred in and relieved her of taking most of the required core classes. 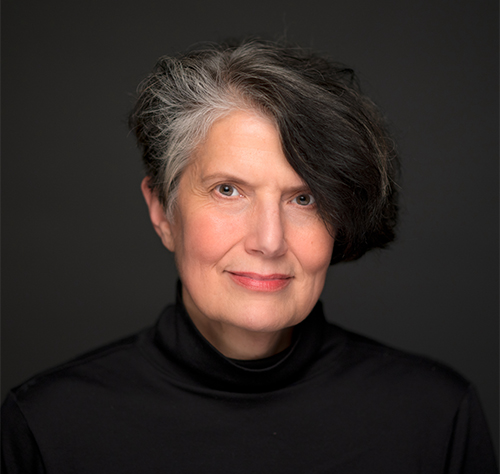 As her time as a student comes to a close, Ashley said she is forever thankful for the faculty of the religious studies program for helping her find a deeper purpose and mindset.

“The entire faculty in the religious studies department are truly remarkable people who have made a distinction for themselves in their field,” Ashley said.

“Paula has been an incredibly bright light in our Religious Studies offices and classrooms,” Diller said, “ever since the first day she came in to declare her interest in a major, complete with a typed list of about 30 topics she hoped to learn about. She always read with precision, spoke up in classes with energy and wrote with passion.”

Through the program, Ashley not only gained a degree but also valuable insight into the UToledo experience.

“I got to see the undergraduate experience from the inside out instead of the outside in … and dealing with the experience of being in class with traditionally aged underclassmen was truly enlightening for me,” Ashley said.

“It helped me a lot as a professional in the marketing department because I work to recruit students to the University. I could really see, up close and firsthand, the value of what a UToledo education has to offer.”