Dr. Gretchen Tietjen, Distinguished University Professor of Neurology, is the first recipient of the American Headache Society’s Women’s Health Science Award, which recognizes a researcher whose body of work has made an outstanding contribution to the understanding of topics related to women’s health and headache medicine.

The award was presented in November at the American Headache Society 2019 Scottsdale Headache Symposium. Tietjen also presented a lecture, “Migraine, Stroke and Toxic Stress,” that provided an overview of her research. 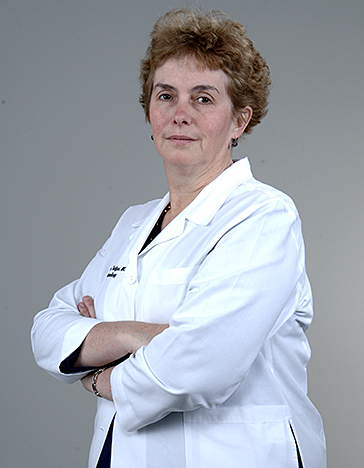 Tietjen joined the then Medical College of Ohio in 1996 and in 1997 was named chief of neurology, which at the time was a part of the Department of Medicine. In 1999, neurology became a stand-alone department and Tietjen was appointed the inaugural chair, a position she held until July 2019.

She also received the 2009 Stroke Innovation Award from the American Heart Association journal Stroke, as well as the 2011 University of Toledo Outstanding Faculty Research Award.

Tietjen is retiring from The University of Toledo College of Medicine and Life Sciences at the end of the year.