Toledo Selected to Participate in WNIT

The Toledo women’s basketball team’s outstanding 2021-22 season will continue as it was one of the 64 teams selected to participate in the postseason WNIT.

The entire WNIT field was announced Sunday night following the NCAA Women’s Basketball Tournament selection show. Toledo received an automatic berth into the WNIT by virtue of winning the MAC Regular Season Championship. The full WNIT bracket will be released on Monday, March 14, at 2 p.m. More information about the Rockets’ postseason appearance will be provided at that time. 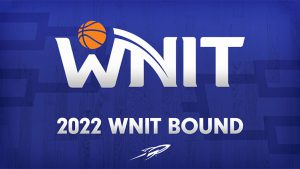 Toledo is making its 12th WNIT appearance all-time, the eighth under head coach Tricia Cullop and first since the 2018-19 season. The Rockets have advanced past the first round in 11 of their 12 WNIT appearances. Toledo won the WNIT in 2011.

The Rockets enter postseason play with a record of 26-5. They won the 2021-22 MAC Regular Season Championship with a 19-1 conference mark, which set a new league record for most MAC wins in a season.