In 2010, Rachel Crandell, a trans activist in Michigan, established International Transgender Day of Visibility to celebrate and show support for the trans community.

In celebration of Trans Day of Visibility, LGBTQA+ Initiatives in the Office of Multicultural Student Success, the Office of Diversity and Inclusion, the LGBTQA+ Alumni Affiliate and Equality Toledo are hosting Dr. D-L Stewart on Wednesday, March 31, at 6 p.m. for a free Webex lecture. 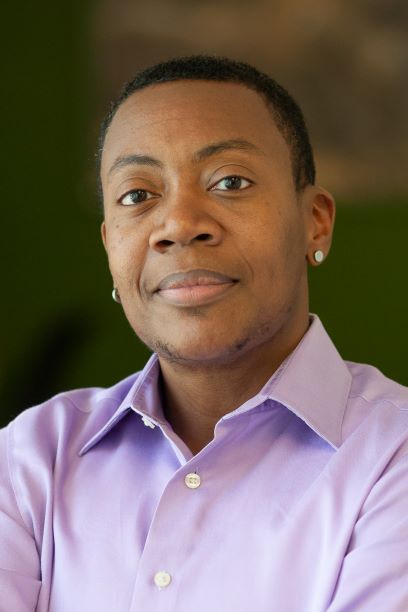 A professor at Colorado State University, Dr. D-L Stewart is known for their Black Trans* Lives Matter TED Talks, “Scenes from a Black Trans Life.” In their upcoming lecture, Stewart will discuss what Time magazine declared to be the “transgender tipping point” in 2014, as the national publication featured actress, model and activist Laverne Cox on its cover. This did mark a sea change in the visibility of trans women onscreen and in the news; however, not everything changed. What has visibility brought us?

“Visibility is important for so many reasons and it’s not enough by itself,” said Danielle Lutman
program manager for Gender Equity Student Initiatives, Catharine S. Eberly. “Visibility must be used to energize and mobilize us against oppression and towards social change.”

Bridge Parham, a graduate student in the College of Health and Human Services, added that, “while visibility can increase awareness, awareness itself is not enough to improve the lives of trans people.”

“As trans activist Miss Major Griffin Gracy says, ‘I really don’t understand why we need a day of visibility, since for many of us, especially black girls, we are as visible as we need to be. Our visibility is getting us killed! The people who care about us and are in our lives, THEY are the people who need to become more visible. They need to acknowledge that we exist, claim and show that they support us, and the best way to do that is talk about us in a positive light on our day of visibility.’

“There must be an overall cultural shift and a never-ending decree from both the mouths of trans and non-trans people alike,” Parham said, “that we deserve to live our lives in peace.”

For more information about Stewart’s discussion and to register to attend, visit the event’s sign-up page.