The baseball programs at the University of Toledo and Bowling Green have announced that they will play a game at Fifth Third Field, home of the Toledo Mud Hens, on Tuesday, May 10, at 7:05 p.m. This will be the second-annual Battle of I-75 game between the Rockets and Falcons played in Downtown Toledo after the two teams played at Fifth Third Field last season.

Toledo won last year’s game, 5-2, in front of more than 2,500 fans. After serving as the home team last season, the Rockets will pass those duties on to Bowling Green for the 2022 game. 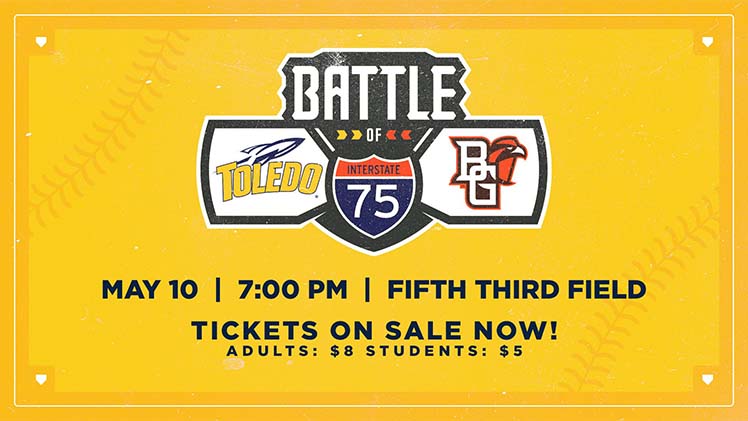 Tickets are on sale now and can be purchased through the Toledo Mud Hens ticket office online by visiting this link. General admission tickets will be $8, with discounted tickets available for high school and college students. Concessions will be available at the game as well.