Toledo senior tight end Reggie Gilliam has accepted an invitation to play in the 2020 Hula Bowl. The game will take place Sunday, Jan. 26, at Aloha Stadium in Honolulu.

The Hula Bowl is an annual all-star game that has featured top senior collegiate players from around the country every year since 1960. 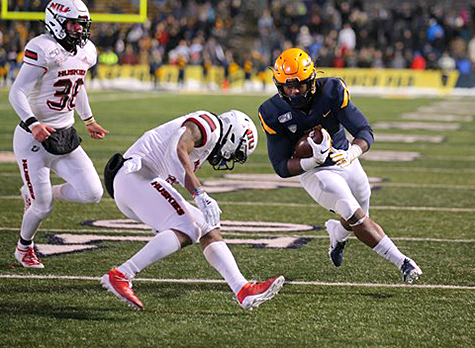 Gilliam was a second-team All-Mid-American Conference selection at tight end as a junior in 2018. He led the country and set a school record with four blocked kicks that season. Gilliam, who was fourth on the team with three touchdown receptions, was named Academic All-MAC and earned the MAC Medal of Excellence for superior athletic and academic achievement in 2018. As a senior in 2019, he had nine receptions.

He graduated with a degree in interdisciplinary studies last spring and is working on a master’s degree in liberal studies.

In 2019, Gilliam was a nominee for the Burlsworth Trophy, awarded annually to the top player in the country who began his career as a walk-on; the Campbell Award, honoring the nation’s top scholar-athlete; and the Jason Witten Collegiate Man of the Year Award for leadership.