Stuart Taylor Jr., journalist and co-author of the book Mismatch: How Affirmative Action Hurts Students It’s Intended to Help, and Why Universities Won’t Admit It, will deliver a lecture Wednesday, Feb. 3, at noon in the Law Center McQuade Law Auditorium. 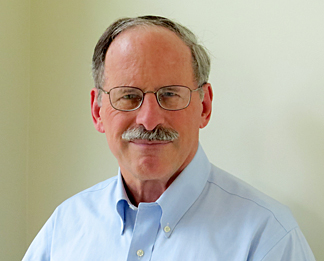 “Affirmative action is perennially front-page news, and the Supreme Court this term once again has a case challenging it,” said Lee Strang, the John W. Stoepler Professor of Law and Values at the College of Law. “Taylor’s argument is potentially powerful because it takes affirmative action proponents’ key argument at face value and uses it against affirmative action. Taylor’s lecture is sure to spark thought and conversation on this important topic.”

Taylor is an author and freelance writer focusing on legal and policy issues, and a Brookings Institution senior fellow. In 2012, Richard Sander and Taylor co-authored Mismatch. In 2007, Taylor and KC Johnson co-authored the book Until Proven Innocent: Political Correctness and the Shameful Injustices of the Duke Lacrosse Rape Fraud.

Taylor was a reporter for The New York Times from 1980 to 1988, for The American Lawyer, Legal Times and their affiliates from 1989 to 1997, and for National Journal and Newsweek from 1998 through 2010. He also has written for The Atlantic, The New Republic, National Review, Slate, The Daily Beast, Harper’s, Reader’s Digest and other magazines, plus op-eds for The Washington Post, The New York Times, The Wall Street Journal, The Los Angeles Times and USA Today.

He is a graduate of Princeton University and Harvard Law School. Read more about Taylor at stuarttaylorjr.com.

The Stranahan National Issues Forum is made possible by an endowment from the Stranahan Foundation. The forum’s purpose is to address issues of national importance through the lens of the American legal system, and Taylor joins a long list of high-profile speakers who have delivered the Stranahan Lecture at the UT College of Law.