In February 1954, Wilford Morton, a 27-year-old husband and father of four, left the family’s modest mountain home in rural West Virginia for his job in Indiana.

Morton had left the coal mines years before for the steady employment of driving to South Bend, loading up a truck with Studebakers and then delivering them to dealerships throughout the Carolinas, a process that took two weeks. 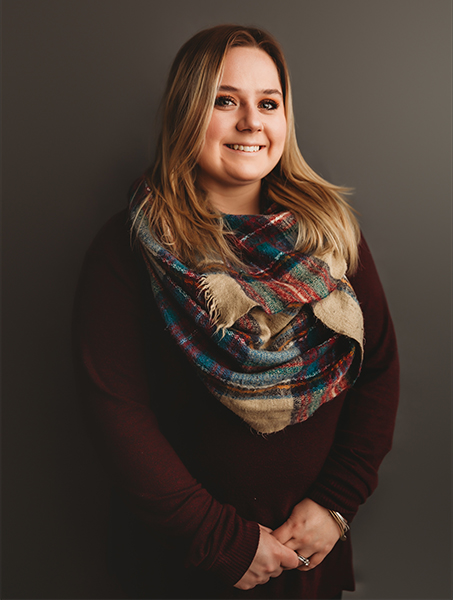 Anna, the oldest daughter, was 7 years old when she watched her father wave goodbye.

She never saw him again.

Her father’s mysterious disappearance has haunted her and the family since. Was Morton alive somewhere? Did he die on the road? Was he the victim of foul play?

Decades later, Anna Nichols’ granddaughter, Cayley Bruce, was determined to get those answers.

“I swore that I’d figure this out before my grandmother dies,” she said. “I didn’t care what I had to do.”

A junior studying criminal justice at The University of Toledo, Bruce, née Nichols (she was married last year), had more than a promise to keep — she had the resolve and experience.

“I just questioned everything about it,” she said. “With me being a criminal justice major, unsolved mysteries like that just eat at me. I mean, how can someone just disappear and fall off the face of the Earth like that?”

The challenge was rather daunting.

Her family had tried to solve Morton’s disappearance several times in the 67 years since he vanished. They sent letters to the FBI and to every state asking for any information and even hired a private investigator in the late ’80s — all to no avail.

But she was well-prepared for the task, said Dr. David Lilley, one of Bruce’s UToledo faculty mentors.

“One of the most important things that I stress in my classes is for students to gain the ability to attempt things in life that seem difficult, unfamiliar or even a bit scary,” Lilley said. “I stress that our goal — both in school and in life — is to become the best person that we can be. So, we should not shy away from challenges like taking a difficult math course or, in this case, searching for clues that others have missed. Anything good or useful in life comes through hard work and persistence.”

There were all kinds of theories about what happened to him, including that Morton was murdered by his own father. Everyone agreed that Morton didn’t leave his home state on that trip — everyone but Bruce.

“They were thinking all of these things, but they were not thinking out of the box,” she said. “I knew he wasn’t in West Virginia.”

Bruce gathered the clues in the paperwork the family had collected. She learned, for example, that Morton’s date of birth on his birth certificate and marriage license did not match: The former said May 14, 1926, the latter said March 15, 1923.

Her grandmother also provided important information through her childhood memories in the days following her father’s disappearance.

Morton’s wife, Opal — who was Anna’s mother and Bruce’s great-grandmother — called her husband’s employer in South Bend shortly after he disappeared. The company told her that Morton had not worked there in four years.

Bruce’s grandmother also recalled Opal talking to her mother about a letter she had received from her husband. Morton wanted her to mail him a photo of Anna. Opal told her mom, “It will be a cold day in hell before I do that.”

Those were important clues, but they were not enough for Bruce to crack the mystery. So, she reached out to a blogger in West Virginia, Sean McCracken, who works to solve missing person cases in the state. 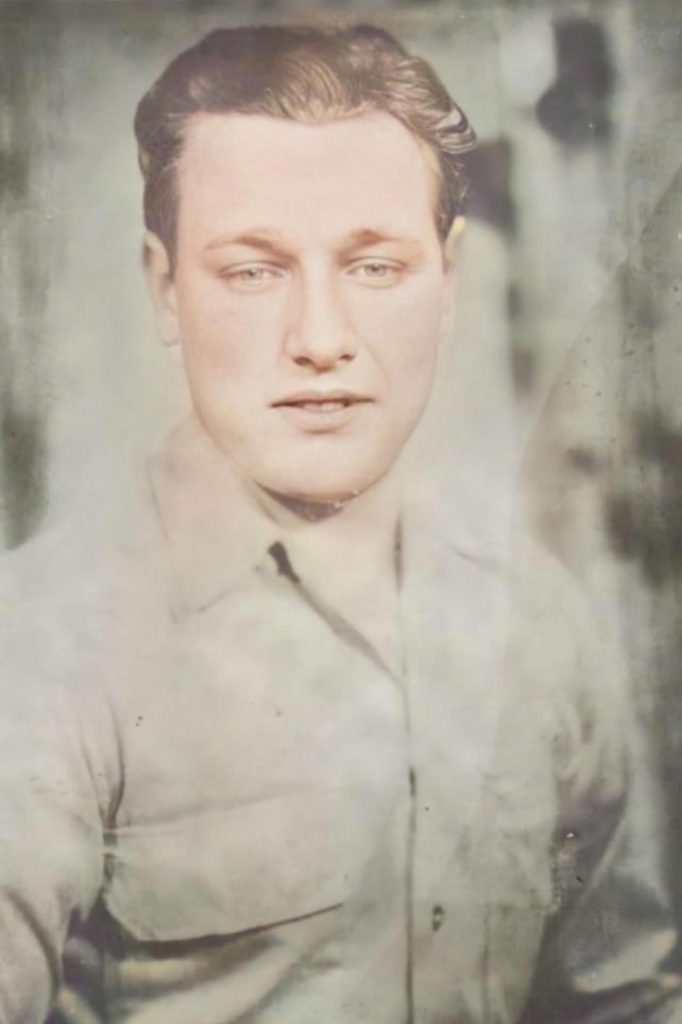 Photo of Wilford E. Morton, Cayley Bruce’s great-grandfather, who vanished after saying goodbye to his wife and four children in February 1954.

Intrigued, he agreed to work with Bruce to solve the mystery. But the answers still proved elusive.

He put together all the clues he had for a video he premiered on his YouTube channel, “Mysterious WV,” on a Friday evening in August 2021.

At the end of the video, McCracken asked his viewers if they knew anything about this case.

Exactly seven minutes later a man named “Edward” posted in the comments underneath the video: “Someone by the name of Wilford Eugene Morton died in an auto crash in 1956 in Massena, NY.”

“It was wild. It was so random and weird,” Bruce said of the moment. “I wondered how someone would come up with that so fast.

“Still, I didn’t want to get my hopes up,” she said. “I thought that it could be someone else.”

McCracken corresponded with Edward online. He wished to remain anonymous and didn’t provide any more information.

Bruce, who had been watching the video with her grandparents, told them she would make calls about the lead on Monday. That night, she was texting a cousin about what Edward said.

“She’s like, ‘OMG, Cayley. I just found the newspaper article.’ Then she sent it to me,” Bruce said. “There was a car in the picture, the one in the car crash. The story says ‘Wilford E. Morton of Norfolk was killed when the car he was driving went off the curve.’ ”

The story noted that Morton was staying in a boarding house in Norfolk, a tiny town near the village of Massena, which is next to the Saint Lawrence River. And that he was survived by his wife in South Bend.

Bruce sent the new information to McCracken, who was certain that Morton was the same man named in the newspaper obituary. Bruce still wasn’t convinced.

They confirmed they had the record of a “Wilfred” Morton, who had been employed in a local construction company. The funeral home emailed Morton’s death certificate to Bruce. In addition to misspelling his first name, they also had the wrong date of birth.

Bruce, who had memorized her great-grandfather’s Social Security number, saw the match on the death certificate.

“Even though ‘Wilford’ was misspelled and his date of birth was wrong, I knew that was him,” she said.

In the weeks that followed, Bruce and McCracken were interviewed by newspaper and TV reporters in West Virginia. That she had helped solve a 67-year-old family mystery made for a feel-good feature story.

For Lilley, Bruce’s efforts reflect her putting her classroom education into real-world practice.

“In research methods, we emphasize the importance of being systematic, careful and persistent when we approach complicated problems,” he said. “Cayley adapted these principles to her unique life challenge and took the initiative to do something that others had not been able to do. She just kept opening doors until she found one that held some vital information. We are so proud of her efforts.”

Still, just as Bruce solved one mystery, she also created another.

Bruce is ready to try and answer that question and others as best she can.

She knows nothing about Morton’s wife in South Bend, other than her name and street address at the time of his death. The 1950s census will be publicly available in April, so she plans to dive into that in search of more information.

“I would like answers for all the questions,” she said. “I think that I really just have to come to a complete resolution and then I’ll stop. I think we just need to find out a little bit more of a timeline and then put the pieces back together.”

Given her success so far, she’s certain that she can ferret out those answers.

“I think that anything is possible,” Bruce said. “I don’t think that there’s anything that I can’t do. This was a 67-year-old mystery and now it’s done. That’s given me a lot of confidence that I can do anything.”