‘Affirmative Action: The Politics and Science of Mismatch’ topic of March 3 law lecture

The College of Law’s free, public lecture is titled “Affirmative Action: The Politics and Science of Mismatch.” 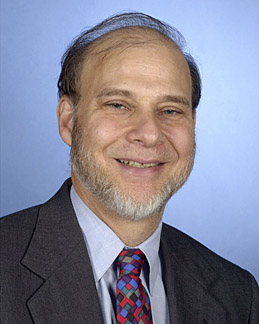 Lempert will provide a counterpoint to mismatch theory scholars’ arguments that university affirmative action policies disadvantage the students they are intended to help. During his talk, Lempert will point to methodological and other flaws in studies that find mismatch effects. He will reference his own research at the University of Michigan Law School that followed students into their careers — some for as long as 27 years — and showed that contrary to the predictions of mismatch theory, minorities were every bit as successful as whites.

Lempert has been involved in debates over affirmative action for many years. As chair of the University of Michigan Law School Admissions Committee, he was the principal drafter of the school’s affirmative action policy, which was upheld by the U.S. Supreme Court in Grutter v. Bollinger, and a lead witness in that case. Recently, he wrote and submitted an amicus brief discussing the mismatch literature to aid the Supreme Court in Fisher v. University of Texas, a case the court currently has under advisement.

In addition to his scholarship on affirmative action and mismatch, Lempert writes in the areas of juries, deterrence, the death penalty, evidence law, informal justice, social science methods, and statistics and the law, and he is the author of several books. His book, A Modern Approach to Evidence, now in its fifth edition, pioneered the problem-oriented approach to teaching evidence.

Lempert has chaired the Sociology Department at the University of Michigan and was the founding director of the University of Michigan’s Life Sciences, Values and Society Program. He also has served as the chief scientist in the Human Factors/Behavioral Sciences Division of the Science and Technology Directorate in the Department of Homeland Security and as division director for the Social and Economic Sciences at the National Science Foundation.