Toledo to Open MAC Tourney Play vs. No. 8 Seed CMU on Thursday

The Rockets bring a five-game winning streak into postseason play during which they are scoring 87.2 ppg to go along with a 52.2 FG% and 40.9 three-point FG%. Toledo has excelled defensively during this stretch too, holding opponents to 64.2 ppg and a 36.9 FG%. 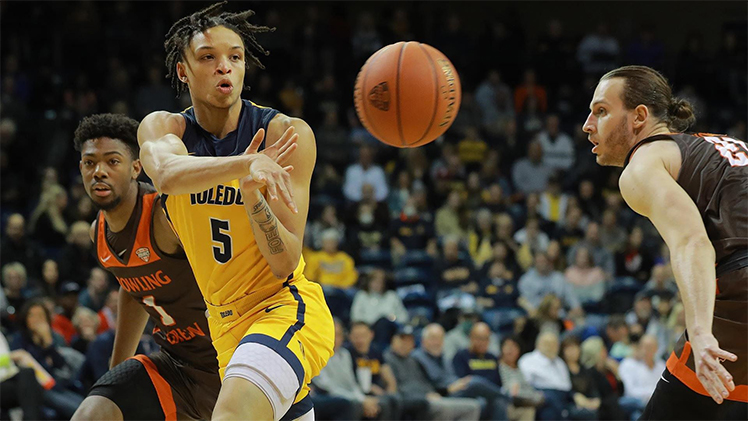 The Rockets have won back-to-back outright MAC titles for the first time in program history and captured consecutive league crowns for the first time since 1979-81. Toledo set a school record with 17 MAC victories this season and its 25 wins are tied for second most in program annals, two behind the 2013-14 squad.

For more information about the 2022 MAC Tournament, fans can visit utrockets.com/MACTournament to learn more about tickets, pregame festivities and more.