Toledo will continue its historic season with a home game in the 2022 National Invitation Tournament against Dayton. The Rockets (26-7) will host the Flyers (23-10) on Wednesday, March 16, in Savage Arena at 7 p.m.

The winner of the Toledo-Dayton contest will face either Vanderbilt or Belmont on either Saturday, March 19, or Sunday, March 20. 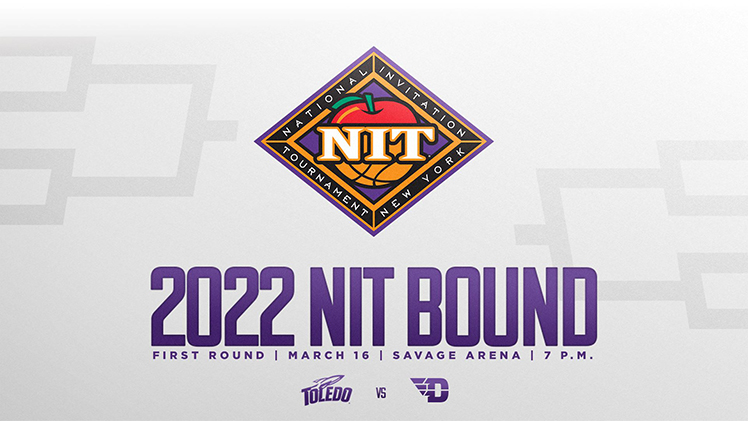 Toledo is making its 11th NIT appearance in school history with its latest appearance coming last year. The last time the Rockets hosted an NIT contest in Savage Arena was when it defeated South Alabama by a 76-67 margin on March 15, 2001.

Tickets for Wednesday’s game vs. Dayton are on sale now and can be ordered online at utrockets.com/tix, stopping by the Rocket Ticket Office located in the Sullivan Athletic Complex at Savage Arena or by calling 419-530-GOLD (4653).

Ticket prices for 2022 NIT Game vs. Dayton are available for $11.00-$23.00 with UToledo faculty/staff and youth tickets half-price. In addition, the first 500 UToledo students with valid ID will receive free admission.

As a benefit to Men’s Basketball season ticket holders, they will have first priority on their seat locations. Toledo season ticket members have until Tuesday, March 15, at 5 p.m. to reserve their seats. Those seats can be purchased through their online ticket account or through the Rocket Ticket Office.