“Sons of Toledo,” a short film created by faculty and students at The University of Toledo in collaboration with community partners, will premiere Saturday, March 26, at the Toledo Museum of Art Peristyle, 2445 Monroe St.

Dr. Matt Foss, associate professor of theatre and film, co-wrote and produced the film, and more than a dozen UToledo students worked on the film as production assistants, actors and behind-the-scenes photographers. 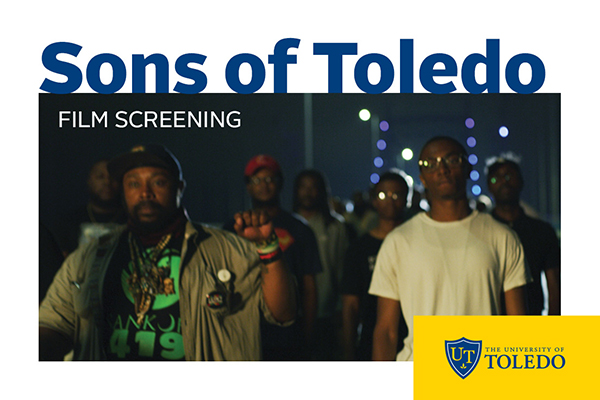 “Sons of Toledo,” which tells the story of a Toledo barber who wakes up to an early-morning phone call giving him the news that his brother was killed, has been screened at national and international festivals, including the Mammoth Film Festival in California, the Phoenix Film Festival, FilmFest in Washington, D.C., and was a finalist at the Tokyo International Short Film Festival.

The evening kicks off with a red-carpet event from 5:30 to 6:15 p.m. Participants are encouraged to arrive at the Peristyle entrance on Art Museum Drive, near the UToledo Center for the Visual Arts.

“Since the film was made for, with and about Toledo, we’d like to celebrate any and every community member who comes to the film that night,” Foss said.

The premiere begins at 6:30 p.m. with a screening of a special prologue documentary on the work of children from the Mott Branch of the Toledo Lucas County Public Library and their commitment to peace in our community, followed by “Sons of Toledo.”

The film was produced in association with Glacity Theatre Collective and Madhouse Inc., with support from ProMedica, the Arts Commission, Ohio Humanities, Ohio Arts Council, the city of Toledo and Turning Row LLC.

The event is free and open to the public.