Jessica Flores has three kids, two bonus kids, a dog and a significant other. What she doesn’t have is time.

Nevertheless, Flores, 39, is graduating from the College of Health and Human Services with a master’s degree in social work on May 8.

To be sure, Flores’ family has been helpful and supportive of her academic quest. Yet, the tightrope balancing act that is her life as a full-time mother, a full-time social worker and a part-time student has been a series of challenges.

“I had to go part time almost my entire education so that I did not get overwhelmed,” she said. “I have learned that there are things I have to say no to, even if they are worthwhile causes. I cannot do everything. I wanted to go to school full time and get it over within a year, but I could not do that, so it has taken me three years.”

Flores’ parents were migrant workers when they met but by the time she was born they had left that life. Her mother died when she was 11, and Flores was raised by her father and her two older brothers, one of whom, Joe, died when she was 15.

“His death was a huge blow to me and was almost my undoing, but I had a lot of people that invested in me and cared about me,” she said. “I knew my life was not typical and I was a hurting kid, trying to fill a void.”

Then, at the age of 18, Flores had her oldest daughter and her life changed.

“She woke me up to a love that I did not even know was possible and I wanted the very best for her,” she said. “I knew my parents wanted the best for me, too. I knew they had limitations, but they tried to the best of their ability to give us a better life than they had. 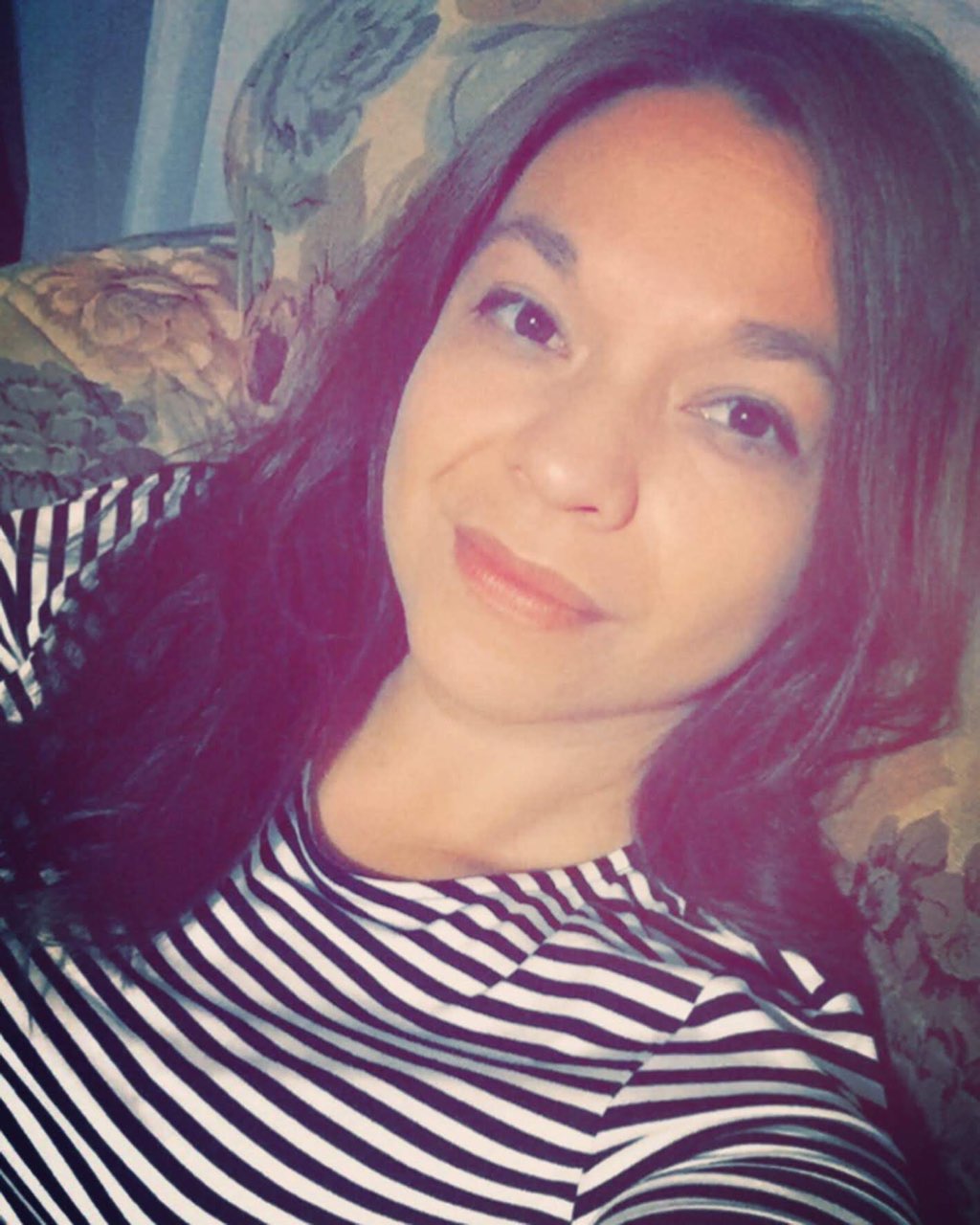 As a first-generation college graduate, Flores recognizes that her reward isn’t just in furthering her own education but in building an aspirational legacy for her children.

“My daughter lives on campus now and I am so honored that I was able to help her achieve that goal and now see her on campus. We would meet for lunch and walk the UT campus,” she said. “It’s a cool feeling being so proud of her and feeling proud of myself and having both of us on the same campus, in very different capacities.”

Among her campus activities, Flores is involved in the Latino Youth Summit. Hosted by The Office of Multicultural Student Success, the summit invites Latino students in middle school and high school to tour campus, have lunch and learn more about UToledo, thus making higher education “an attainable goal,” she said.

She’s also an artist and art instructor whose work has been featured in local galleries and community events.

Louis Guardiola, College of Health and Human Services assistant dean for diversity and inclusion, said Flores will be a strong community asset, particularly in terms of providing culturally sensitive services to the Latino community in Lucas County.

“She’s been involved in mental health issues as they pertain to the Latino community in Lucas County and was instrumental in putting together the Latino Mental Health Forum in 2019,” he said. “I think her interest and passion in the arts is also going to help with her clinical skills and the use of art therapy as an intervention.”

With the end in sight, Flores she knows those who pushed, pulled and sometimes carried her along the way are beaming with pride.

And as a social worker, she wants to apply that same kind of life-changing encouragement to others who need to know they, too, can succeed.