Rivalry at the Roost

Shortstop Trace Hatfield runs off the field excitedly after the defense turned a triple play in the fourth inning of the game against Bowling Green on Friday night with two Falcons on base. The Rockets won 5-2 in the first game of the baseball Battle of I-75 series in downtown Toledo in front of 2,500 fans at Fifth Third Field, home of the Toledo Mud Hens. 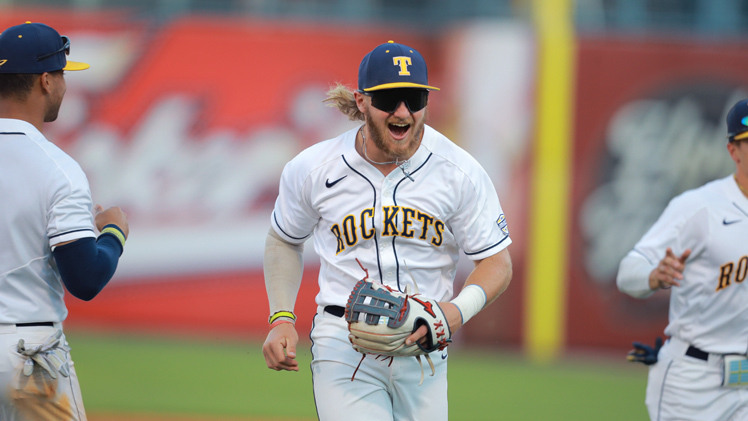