Dr. Chelsea Griffis, associate lecturer in The University of Toledo Department of History, will give an online talk, “Votes for Women,” Tuesday, Aug. 25.

Presented by the Toledo Lucas County Public Library, the Zoom talk will take place at 6 p.m. 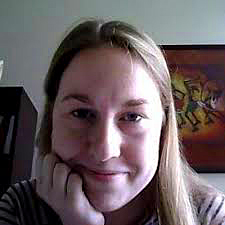 “We need to celebrate the centennial of the 19th Amendment,” Griffis said. “It was not a perfect victory, as we know women of color were still denied their legal right to vote. The 19th Amendment, women’s direct connection to political power, changed our nation forever.”

Her talk will focus on the amendment that prohibits states and federal government from denying the right to vote to citizens of the United States on the basis of sex. The amendment was ratified Aug. 18, 1920, and officially adopted eight days later.

Griffis received a master of arts degree and doctorate in history, and a graduate certificate in women and gender studies, from The University of Toledo.

She is working on a book titled “The Heart of the Battle Is Within: Women of the Political Right and the Equal Rights Amendment,” which examines conservative women’s divergent stances on the ERA based on how they conceptualized their own womanhood.