Update: The University of Toledo Varsity T Club announced Oct. 14 that its 2020 Hall of Fame induction has been moved to fall 2021 due to safety concerns related to the COVID-19 pandemic. Members of the Class of 2020 will be honored at an induction banquet and at halftime of a Rocket Football game on dates to be determined in the fall of 2021.

The University of Toledo Varsity ‘T’ Hall of Fame will induct seven former student-athletes this fall.

A dinner will be scheduled at a later date, pending developments with the COVID-19 pandemic. Information on purchasing tickets will be announced after the event is scheduled. 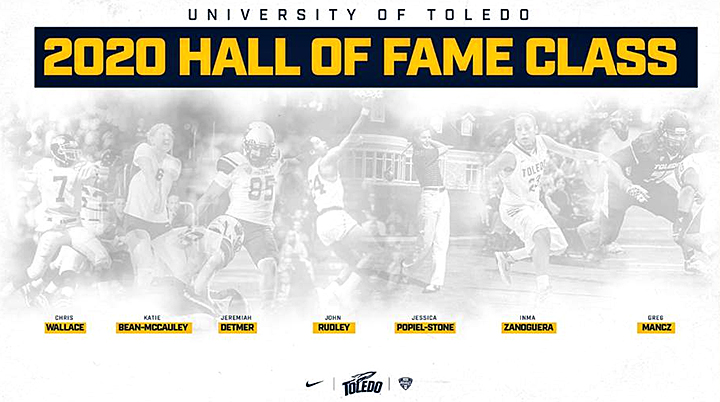