The 2021 Momentum Festival of music and art in downtown Toledo will feature a new short film created by faculty and students at The University of Toledo.

Dr. Matt Foss, associate professor of theatre and film, co-wrote and produced “Sons of Toledo,” which will be screened for free at 7:30 p.m. Thursday, Sept. 16, at Imagination Station. 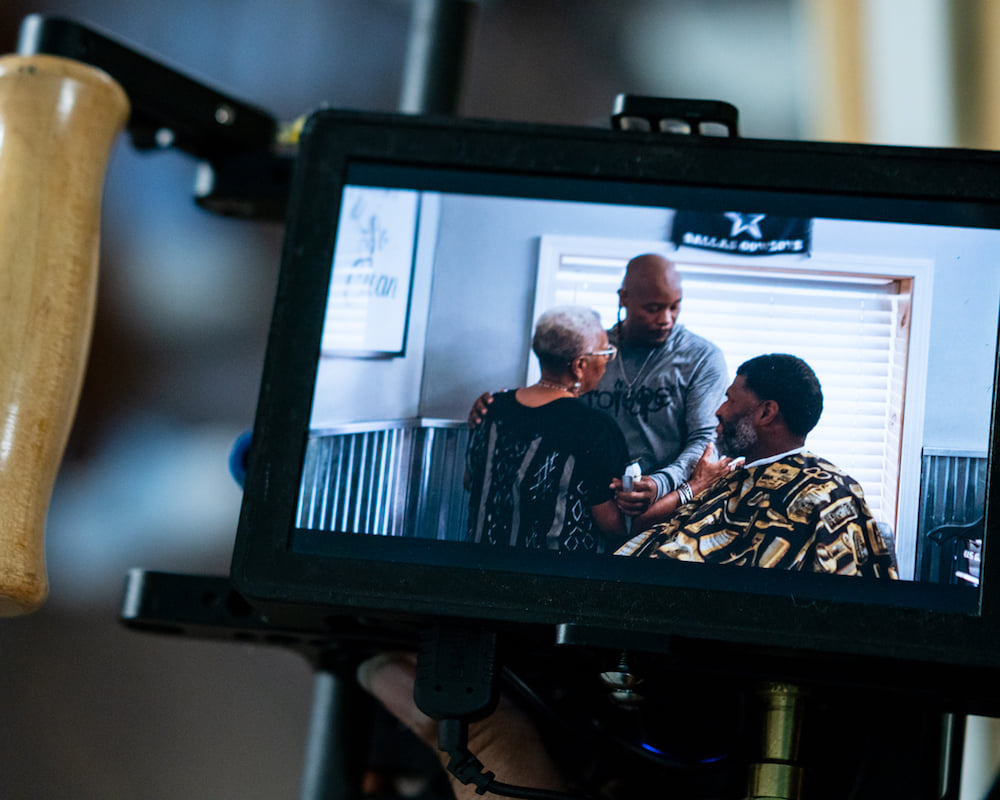 More than a dozen UToledo students worked on the film as production assistants, actors and behind-the-scenes photographers.

“We are proud to debut the film during the three-day festival along the riverfront presented by the Arts Commission,” Foss said. “It’s an incredible opportunity for our students to experience firsthand the filmmaking process from start to finish and collaboration with community partners.”

“Sons of Toledo” tells the story of a Toledo barber who wakes up to an early-morning phone call giving him the news that his brother was killed. He goes on to navigate the obstacles of his day before going to the funeral home that night to give the young man his final cut.

“The aim was to showcase and center these amazing and urgent stories right here in Toledo,” Foss said.

Everything was shot in six days in August — including a scene at the end of the movie that required briefly shutting down the Anthony Wayne Bridge, also known as the High Level Bridge.

“The conversation and listening to the stories from our local barbers started almost four years ago, but things started rolling last March when the situation felt urgent,” Foss said. “We found a way to tell the story, and it all came together pretty quickly.”

Foss plans to submit the film to Oscar-qualifying festivals.

The 2021 Momentum Festival runs Sept. 16-18 at Promenade Park. Learn more about Momentum at the event website.