The free, public lecture titled “We Broke a Dam: The Palestinian Intifada of Unity” is 3 p.m. Sunday, Oct. 10, in the Law Center McQuade Auditorium. 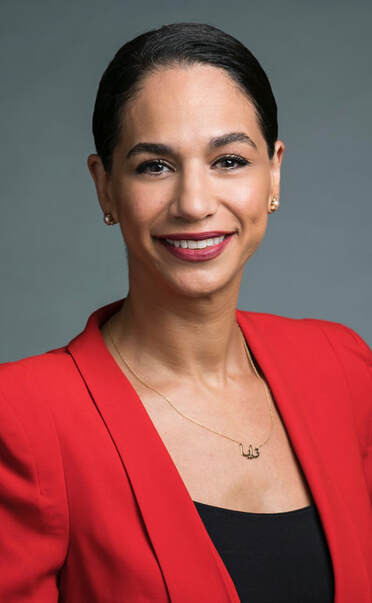 “This is fundamentally about a people’s struggle for freedom and an aspiration that challenges the notion that Palestinian human rights is exceptional and contentious,” Erakat said. “We are witnessing a monumental shift, one that is being ushered by Palestinian resistance, which has set us up for new horizons, at the precipice of new possibilities.”

Erakat, an associate professor of Africana studies at Rutgers University, is the author of “Justice for Some: Law and the Question of Palestine” and non-resident fellow of the Religious Literacy Project at Harvard Divinity School.

“Each year, the Maryse and Ramzy Mikhail Memorial lecture brings to campus an important speaker on Arab culture, and Erakat will address one of the most seminal global issues of our time: the conflict between Israel and Palestine,” said Dr. Melissa Gregory, associate dean for undergraduate education and curriculum in the College of Arts and Letters and professor of English. “The intense violence that occurred in occupied Palestinian territory this past May has ongoing and significant geopolitical implications well beyond the contested borders of the West Bank.”

Erakat is co-founding editor of Jadaliyya, an e-magazine produced by the Arab Studies Institute, and editorial board member of the Journal of Palestine Studies.

She served as legal counsel for the Domestic Policy Subcommittee of the Oversight and Government Reform Committee in the U.S. House of Representatives from 2007 to 2009.

Prior to her work on Capitol Hill, Erakat served as the national grassroots organizer and legal advocate at the U.S. Campaign to End the Israeli Occupation. Noura also produced video documentaries, including “Gaza In Context” and “Black Palestinian Solidarity.”

The free, public lecture has been a continuous event at The University of Toledo since 2001 and is sponsored by the College of Arts and Letters and the Mikhail Endowment Fund, which was originally established through a donation from the Mikhail family to honor the work and contributions of Maryse Mikhail and her involvement in educational, philanthropic and interfaith organizations.

Those who wish to make a tax-deductible contribution to the fund can go to the UToledo Foundation website.