Broadway performances are shut down for the rest of the year, but the associate and supervising director of the hit musical “Hamilton” isn’t throwing away his shot to inspire students at The University of Toledo.

Patrick Vassel, a native of Akron, Ohio, who majored in political science in college and also earned a master’s degree in teaching, is the first person to be featured in a new virtual series offered by the UToledo College of Arts and Letters titled “Tell Me Your Story: Liberal Arts Careers.” 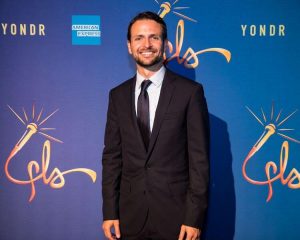 Patrick Vassel, associate and supervising director of the hit musical “Hamilton,” is the first person to be featured in a new virtual series offered by the UToledo College of Arts and Letters titled “Tell Me Your Story: Liberal Arts Careers.”

Dr. Melissa Gregory, associate dean for undergraduate education and curriculum and professor of English, will interview Vassel from 7 to 8 p.m. Tuesday, Oct. 20. The free, public event can be accessed on Zoom using the access code 870 2931 5293. The meeting password is 939421.

Vassel will talk about his journey from studying political science at the University of Notre Dame to teaching middle school students in New York and eventually pivoting to opportunities in musical theater.

“We want to show our students how liberal arts degrees can be the foundation of dynamic and fascinating careers,” Gregory said. “I’m excited to have a conversation with Patrick because he’s a fantastic example of someone who leveraged all of his liberal arts training to make it to Broadway. The skills that he learned as a liberal arts major helped him figure out when and how to change his path.”

After graduating with a political science degree in 2007, Vassel interned for then-U.S. Rep. Sherrod Brown, taught special education for Teach for America and worked as a freelance theater director.

He made his Broadway debut in 2012 as the assistant director of “Magic/Bird,” a play about Larry Bird and Magic Johnson.

Vassel joined “Hamilton” for an initial staging workshop prior to rehearsals for The Public Theater run in 2014. Since then, Patrick has been involved in all “Hamilton” companies except London. 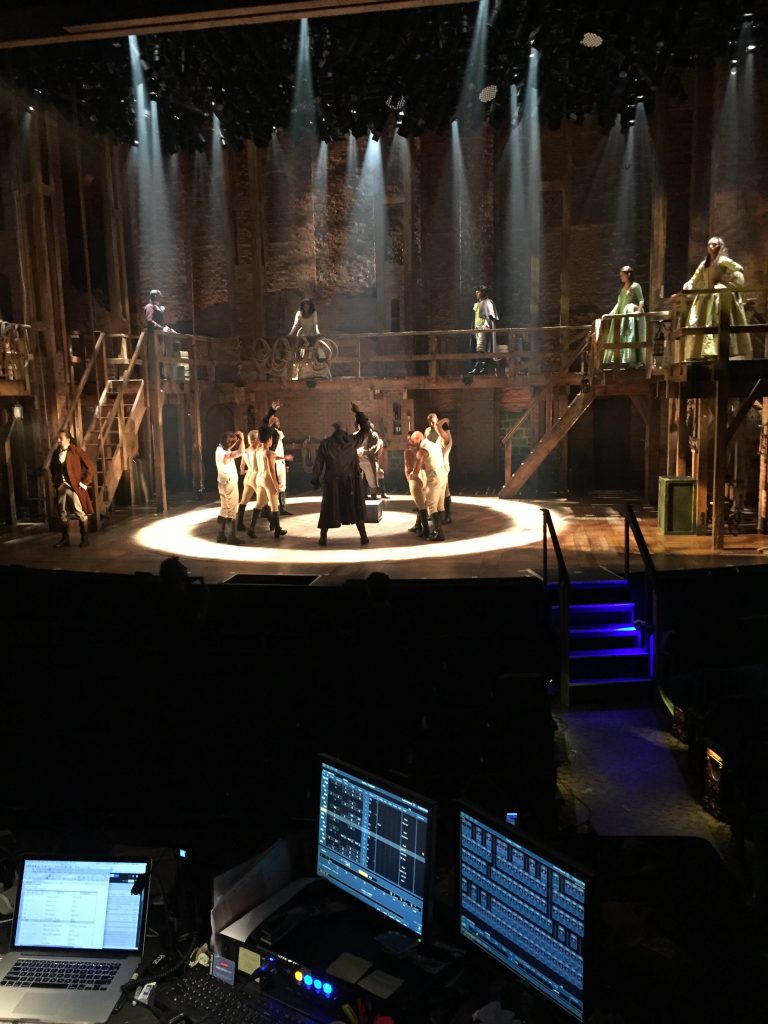 The associate and supervising director’s view of the stage during a performance of “Hamilton.”

His role as associate and supervising director includes casting, hiring and supporting resident directors, and regular communication, collaboration and travel to each of the five North American companies. He is currently finalizing the Australian cast, and in the midst of virtual casting for the German-language production of “Hamilton.”

During the UToledo event, Vassel will discuss plans for “Hamilton” productions overseas in Australia and Germany in 2021.

“I’m excited to connect with the campus community in this unprecedented year to share what I can about what I know and what was helpful for me when I was a college student in the Midwest and trying to figure out what to do next,” Vassel said. “If 2020 has taught us nothing else, it’s that we all need one another and all need to offer whatever we can to help those around us. I’m honored and grateful to have this time with The University of Toledo campus community and hope I can shine some light in a time of uncertainty.”

Gregory said the goal of the new “Tell Me Your Story” conversations is to highlight the value of pursuing a degree in the humanities, social sciences and the arts.

“Liberal arts degrees lead to great careers because those majors provide critical skills that make you capable of reflecting on what you want, seizing opportunity and adapting to new situations,” Gregory said. “In Patrick’s case, he has a lot of different interests and explored several different paths with his education and his post-college life. He ended up becoming an important part of a musical that has made an indelible mark on American theater and continues to expand its influence around the world. We’re lucky to have someone talk to us about what it was like to work on such an important theatrical event.”