The University of Toledo will host an exhibition of more than a dozen panels from the AIDS Memorial Quilt in recognition of World AIDS Day. 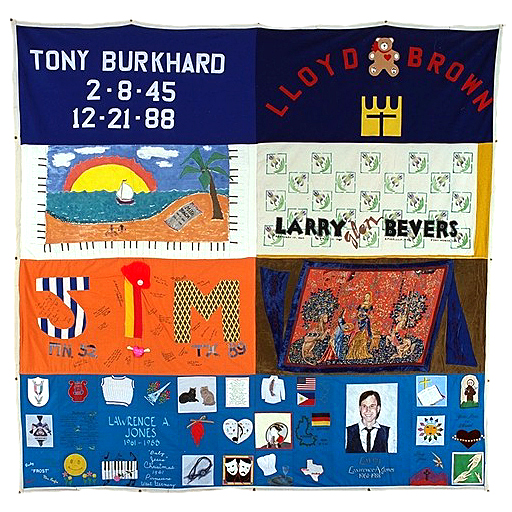 A free, public lecture featuring Jeanne White-Ginder will open the exhibition Friday, Nov. 15, at 6 p.m. in the Toledo Museum of Art Peristyle.

White-Ginder is the mother of Ryan White, an Indiana teenager who contracted HIV in the mid 1980s following a blood transfusion. Their fight against discrimination and for him to return to school gained national attention. He had become a face of the AIDS crisis in America by the time he died in 1990 at the age of 18.

Shortly after his death, Congress passed a bill to establish a federally funded program to care for people with HIV/AIDS that would eventually carry his name as the Ryan White HIV/AIDS Program.

White-Ginder has remained a steadfast HIV/AIDS activist, fighting against stigma and advocating for testing as a way to reduce and prevent spread of the disease. 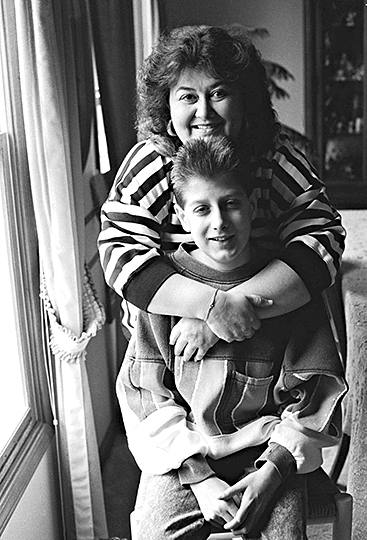 Jeanne White-Ginder with her son, Ryan

“I want to be around to see the end of AIDS, and I think we’re close to that. This is something Ryan started and advocated so hard for. I enjoy talking about Ryan’s life and the difference he made,” she said. “I think it’s important now to hear stories of those affected. That’s why the quilt coming to Toledo is important. You actually see the faces and the stories. These people were loved and they were cared about. We do not want these people forgotten.”

Joining White-Ginder at the kickoff event will be Robert Sember, an artist, researcher and educator, whose work focuses on the intersection of public health and art. He’s a part-time faculty member at the New School in New York City.

The AIDS Memorial Quilt was started in 1987. In the three decades since, it has grown to include more than 48,000 panels. Nearly 100,000 individuals are memorialized on the quilt.

Panels to be displayed locally include several recognizing individuals from northwest Ohio, as well as a number of well-known artists, photographers, filmmakers and activists.

The exhibit is supported by the Ann Wayson Locher Memorial Fund for HIV Care.

Dr. Mysoon Rizk, a UToledo professor of art history and one of the organizers of the exhibit, said as the AIDS epidemic spread in the 1980s, artistic communities in major U.S. cities such as New York were hit particularly hard. Because of that, she said, artists have played an important role in fighting to change attitudes toward the disease and giving voice to what it means to be affected.

“Staging such an exhibition makes for educational opportunities to focus discussion on AIDS and HIV, both of which still ravage many communities around the world and both of which remain associated with stigmatizing experiences,” Rizk said. “Young people who never learned about the history of the AIDS crisis may experience consciousness-raising and greater awareness about diseases, whether transmitted sexually or by any other means, such as blood transfusions, as well as to learn about the incredible UTMC Ryan White Program.”