The University of Toledo Ritter Planetarium is showing “Santa’s Secret Star” in full dome for children throughout the holiday season. 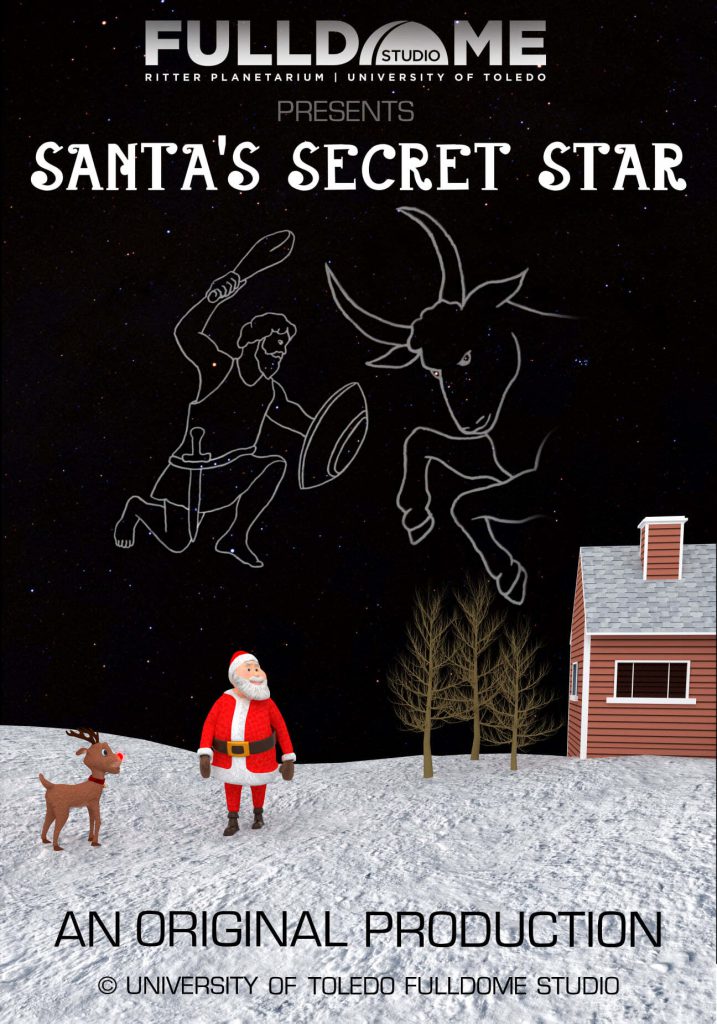 “ ‘Santa’s Secret Star’ was written and produced right here at The University of Toledo and has an original soundtrack written by UToledo music professor Lee Heritage,” said Dr. Michael Cushing, professor of physics and astronomy and director of Ritter Planetarium.

Admission to the programs is $8 for adults and $6 for children, senior citizens and UToledo community members. Doors will open 30 minutes prior to the show.