The latest U.S. school shooting — this time in suburban Detroit — has reignited debate over whether arming teachers might provide a formidable line of defense against future tragedy.

A newly published study led by a University of Toledo researcher, however, finds educators themselves overwhelmingly oppose the idea that teachers should be allowed to carry guns in K-12 schools. 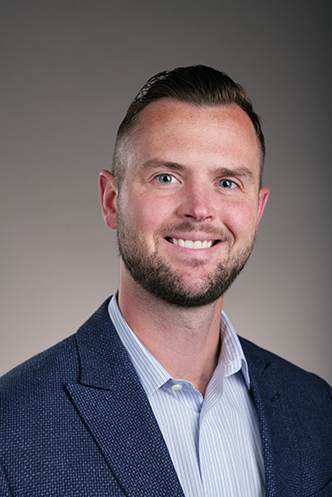 Of the nearly 4,000 educators surveyed, 70.8% were against teachers being allowed to possess a firearm in school. And 78.3% said they would not choose to carry a gun at their school if given the opportunity.

The findings, published in the Journal of School Violence, add significant context to a highly contentious debate over how to best protect against school shootings.

“These are devastating events. There’s no quick fix, there’s no simple solution, but something has to be done,” said Dr. Brandon Wood, an assistant professor of school psychology in the UToledo College of Health and Human Services and lead author of the study. “School shootings should not become normalized in our culture.”

Shootings at K-12 schools are not tracked at the national level, and the various groups that do attempt a count define them differently. However, since the beginning of 2018 — the year of the high-profile shooting at Marjorie Stoneman Douglass High School in Parkland, Fla. — at least 39 people have been killed and 79 people have been wounded in school shootings.

Proposals to train and arm teachers have become common, particularly in the aftermath of those tragedies.

Immediately following the Nov. 30 shooting in Oxford Township, Mich., which left four dead and seven wounded, a Michigan state representative announced he was working on legislation that would permit employees at K-12 schools and colleges to store firearms in lockboxes.

The Ohio Legislature is considering similar action, with the Ohio House passing a bill less than two weeks before the Michigan shooting that would permit schools to allow specially trained teachers to be armed. The Ohio Senate has yet to vote on the measure.

Lost in much of the discussion about arming teachers, Wood said, is how educators generally respond to the idea.

“If policy is to advance, we need to have more representation by educational stakeholders in our debates. The voices of those individuals who would be impacted by such a policy need to be represented, heard and considered,” he said. “The arguments for and against the idea of arming teachers are well-documented, but by and large educators and their perspectives on the issue are mostly missing in the literature.”

Wood and a colleague from Indiana State University surveyed 3,970 K-12 educators in a midwestern state, asking whether they felt teachers should be allowed to carry a gun, their comfort with other school personnel carrying a firearm, whether they supported requirements for arming teachers and if they themselves would like to carry a gun if it were permitted by their state or district.

There were some pockets of support for allowing teachers to carry guns, which fell largely along gender, political and geographical lines.

Respondents who identified as male, Republican or working in a rural school were generally more supportive of arming educators.  Among the 117 individuals who fell into all three of those categories, nearly 73% showed some support for arming teachers.

Overall, men were four times as likely to indicate they would like to carry a gun if permissible at their school.

One somewhat surprising finding for Wood was that the presence or lack of a school resource officer — a fully trained, credentialed and usually armed member of law enforcement — had little bearing on educators’ opinions of carrying guns.

“Some of the common arguments for weaponizing teachers relate to schools being soft targets,” he said. “If their schools don’t have any line of protection, we thought maybe teachers in buildings without a school resource officer would be more likely to indicate they would like to carry, but we did not find that in our survey results.”

Though the study was restricted to a single state, researchers believe it may represent one of the largest published teacher surveys on the topic to date.

“Our intent was not to make an argument for or against this but help ensure teacher perspectives are represented in future debates,” Wood said. “Despite a high degree of interest on this topic, there remain several gaps in the literature.”

Wood said he hopes his most recently published work serves as a springboard for a regional or nationally representative study of teachers on the topic. He’d also like to conduct similar surveys targeting superintendent, school board member and principal samples.