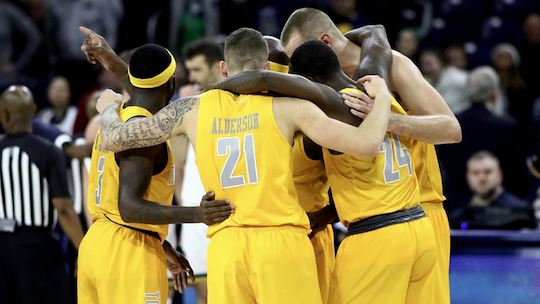 Men’s basketball season ticket members have a ticket for Monday’s game included in their season ticket package. All others may purchase their tickets online at Toledo Rockets Ticket Central website, by phone at 419.530.GOLD (4653), or at the Rocket Ticket Office in Savage Arena. Tickets also may be purchased at the door. UToledo students will be admitted free with ID.

Following Monday’s first-round games, the MAC Tournament moves to Rocket Mortgage FieldHouse in Cleveland (March 11-14). Rocket fans may reserve their seats for all games in Cleveland and pick their tickets up at will call at Rocket Mortgage FieldHouse. The women’s tournament will begin with the quarterfinals Wednesday, March 11. The men’s quarterfinals start Thursday, March 12. Both sets of semifinals will be on Friday, March 13, with the finals Saturday, March 14.