Registration is open for The University of Toledo’s 19th Annual International Human Trafficking and Social Justice Conference in the fall, which will feature several celebrity speakers.

Actor and musician Corey Feldman; investigative journalist Chris Hansen from Dateline’s “To Catch a Predator”; Kai Zen Bickle, the son of Peter Nygard, a Canadian fashion mogul arrested on federal sex trafficking and racketeering charges and accused of sexual assault by women and minors; and Make Sense Labs’ CEO and self-dubbed “First Lady of Crypto” Crystal Rose Pierce are among the presenters to discuss how to keep children safe from predators, legal loopholes used by accused traffickers, and advocacy efforts to change federal laws regarding the statute of limitations for child sexual abuse.

The Sept. 21-23 virtual conference will feature survivors, researchers, advocates and direct service professionals around the world, with more than 110 live and on-demand webinar sessions. 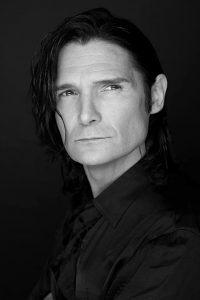 “Our special guests this year have achieved a level of prominence and celebrity for what they have contributed to the world. They are choosing to collaborate with us to speak out about the issue of abuse, victimization and exploitation of the vulnerable in our society,” said Dr. Celia Williamson, Distinguished University Professor of social work and director of the UToledo Human Trafficking and Social Justice Institute. “We are excited about their compassion for others and to partner with them this year.”

Presenters also include Patte O’Connor, who will recount her experience with Bill Cosby in 1984 and how she found healing after trauma, and Marci Hamilton, the founder and CEO of CHILD USA, the leading national think tank fighting for the civil rights of children.

The deadline to register is Tuesday, Sept. 13. Register and explore the full schedule of presentations on the conference website.

The event has welcomed people from 50 states and 47 countries since it began in 2004 to bring people together to learn and collaborate on research, advocacy, program development and policy legislation.

“Our conference has grown to be the oldest and largest academic conference of its kind in the United States,” said Williamson. “The conference has been the impetus for many research collaborations and has spurred new programming across the globe. We are grateful for the opportunity to provide the platform and coordination necessary to host such an important conference each year.”

Williamson, a world-renown social worker and researcher who works directly with victims and has revolutionized global anti-trafficking efforts, will present 10:15 a.m. Thursday, Sept. 22, about the journey of survivors of child abuse, sexual assault, intimate partner violence or sex trafficking, and how to provide trauma-focused care.

Feldman, who rose to superstardom in the 1980s as a young actor in films such as “The Goonies” and “Stand By Me,” will speak at 9:40 a.m. Wednesday, Sept. 21, about how he believes the Screen Actors Guild needs to add protections for child actors into their by-laws and about the importance of passing state laws to mandate protections for child entertainers. 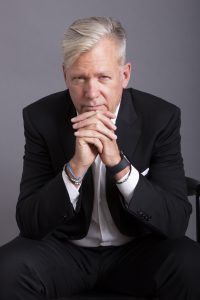 Bickle, the recipient of ChildUSA’s 2021 “Voice of the Voiceless” award who played a critical role in the investigation of his father, will present at 9:20 a.m. Wednesday, Sept. 21, about a jurisdiction reform bill and his work with All for Humanity Alliance, an anti-human trafficking campaign that will support nurses in foreign countries to take verified rape kits to be used as evidence in the U.S. after the bill is passed.

Pierce, who also co-founded the shEOS Foundation that provides computer science scholarships to young women, will speak at 9:20 a.m. Thursday, Sept. 22, about how blockchain can track where money goes for charities and measuring the impact of each dollar.

The International Human Trafficking and Social Justice Conference also features a separate day devoted to high school students. The National High School Summit is from 8:30 a.m. to 2:30 p.m. Tuesday, Sept. 20. The virtual workshop is free and focused on educating teenagers about human trafficking, healthy relationships and how they can get involved in their community.